The following painting is called “The Library”

Jacob Lawrence, the artist, made the colors very bright and the books are the colors in the room.  They are cheerful and make people want to read them.

Jacob was born and raised in Atlantic City.  He moved to NYC when he was 13.  He learned about art and became involved in community art projects and went to classes.  He visited museums and met other artists.

It is a modern painting in how he makes the space and figures look. 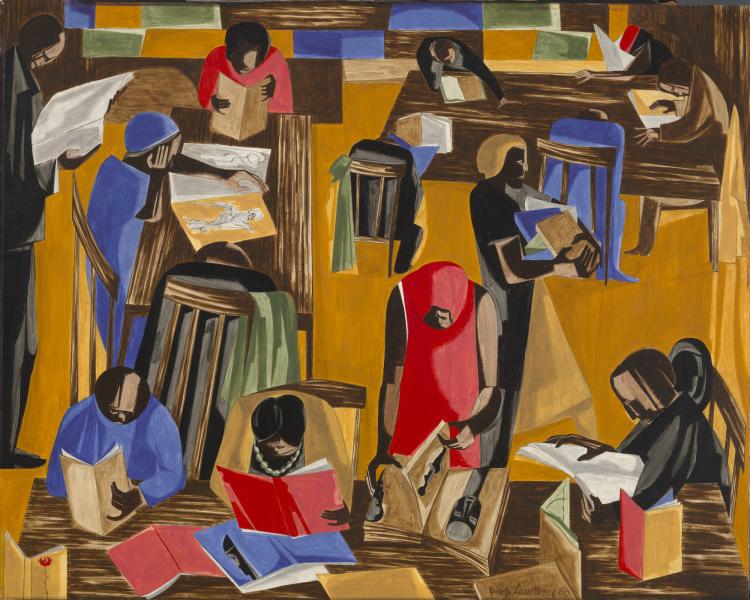 The painting is a picture of a library in Harlem,  NYC.

It shows people sitting at a table reading books on the full shelves.

Many people at that time moved from south to NYC where there weren’t libraries or where they were segregated.

The Library that we are looking at was a branch located in a neighborhood where most people were African American.

They were happy to have a library.

The windows have big arches so it had a lot of light.

Born in Atlantic City, NJ, in 1917, Jacob moved to Easton, PA at the age of 2.  His parents split and he was sent with his siblings to foster care until he was 13, who was residing in Harlem, NY. His mother enrolled him at the Utopia Center, which had an after school art program.  He dropped out of school at the age of 16, but continued taking art classes at Harlem Art Workshop.  He visited the Metropolitan Museum of Art.   He won a scholarship to the American Artists School in NY.  He graduated and got a job with the Federal Arts Project in 1939.  He developed his own style of modernism.  His best known series is the Migration of the Negro or simply The Migration Series ibn 1941.  He married a sculptor and painter Gwendolyn Knight in 1941, who supported his art.  He was exhibited in a downtown gallery in 1942.

He was drafted in the US Coast Guard during WWII.  He was the Coast Guard artist aboard a troopship documenting the war experience as he traveled around the world.  He produced 50 paintings that were all lost.  But when the war was over, he received a Fellowship and painted his War Series.

He returned to NYC, struggled with depression, and he admitted himself to a hospital for close to a year.  He produced art during the stay that depicted his emotional state.  In 1951, he painted and began teaching again at Pratt in NY and the New School of Social Research.  In 1971 he became a professor at the University of Washington in Seattle.  He retired in 1986.  He produced prints and murals. 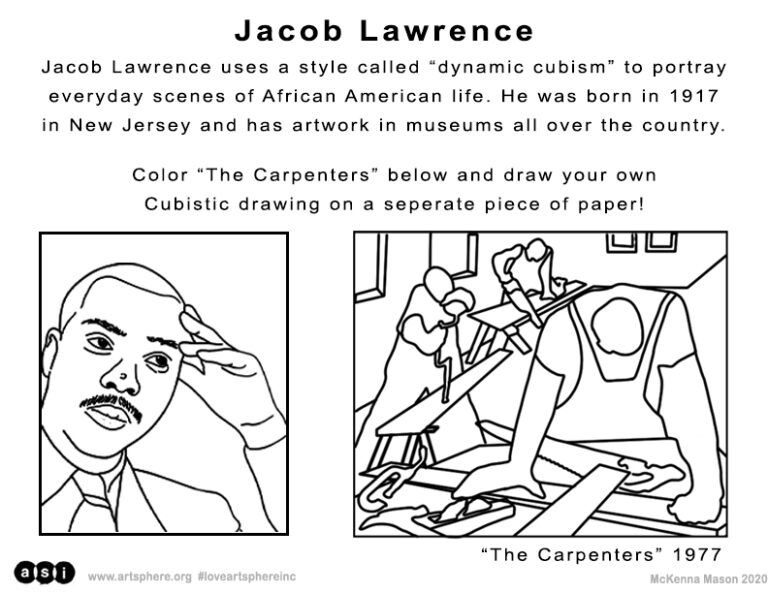