Making snowflakes is a modern tradition, but the method for creating it is based on the old art of origami. The concept of origami is about folding a piece of paper several times to create objects, and it started in Japan around the 17th century. Another variation is called Kirigami, which involves cutting out shapes into the folded paper. Cut-out snowflakes include both methods, requiring the folding of paper and then adding cuts in the desired places for a more detailed effect. Just like no two snowflakes are identical, you can cut as many different patterns as you like on your folded paper.

Some ways to celebrate this day:

Show your friends and family your designs and get them to make some snowflakes too! 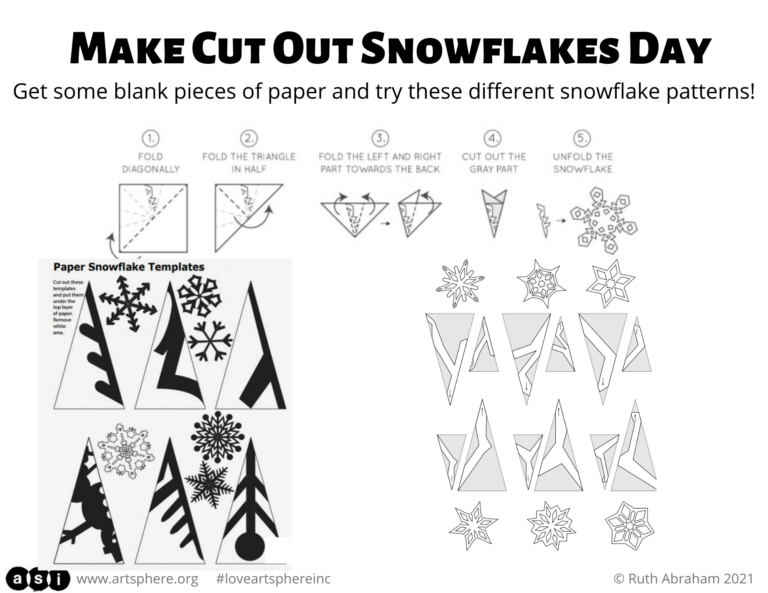