Valerie Thomas was an American scientist and inventor. In 1980, she created the illusion transmitter which allows 2-dimensional images to be observed as if they were 3-dimensional. Not only did the transmitter lead to the invention of 3D movies, but the technology is still used at NASA today!

Thomas was born in Maryland, 1943, and was one of two women to attend Morgan State University for physics. She graduated in 1964 and went on to work for NASA until her retirement in 1995.

Print out the handout below to color the 3D glasses and the portrait of Thomas! Then, brainstorm an invention of your own on the other side of the paper! 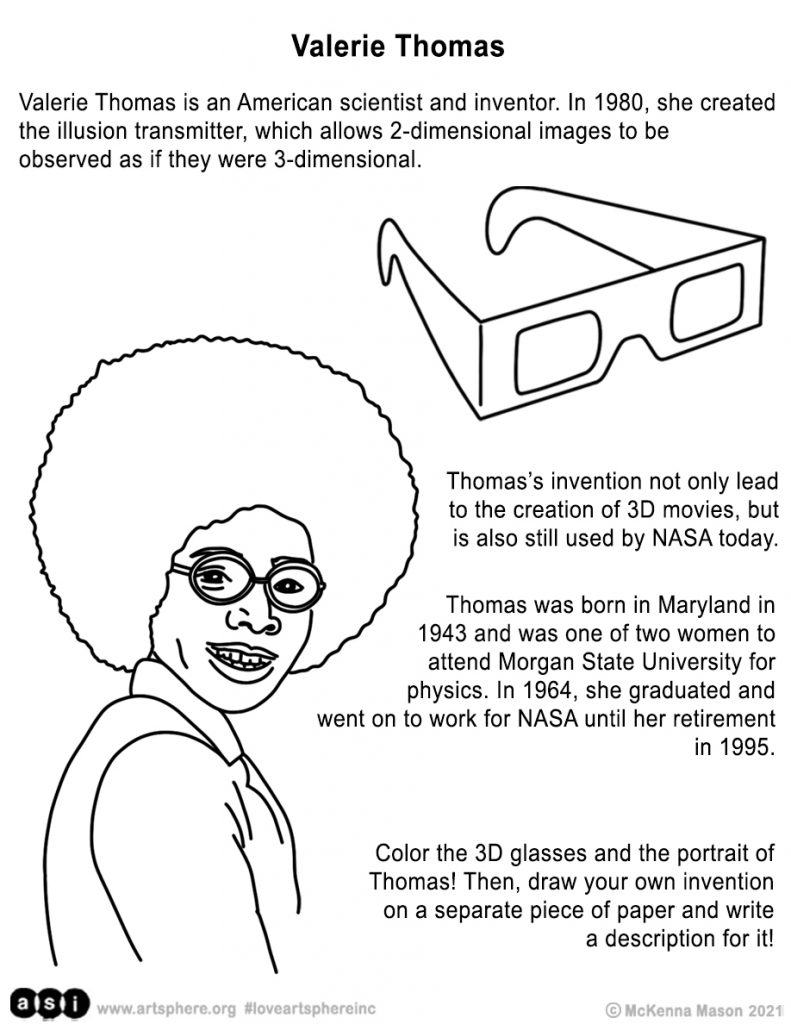