Let’s learn about how to structure a story through a simple game!

Before we start, let’s go over what ingredients make up a story!

Materials: a six-sided die, a piece of paper, and a pencil

Step 1: Roll the die to choose the setting of the story.

Step 2: Fill out the handout based on what number you previously rolled.

Step 4: Create and write down a short story using the three ingredients you landed on. The character, setting, and problem.

Step 5: Draw a picture of your story and include each of the three ingredients.

For a more detailed explanation check out Arielle’s video tutorial! 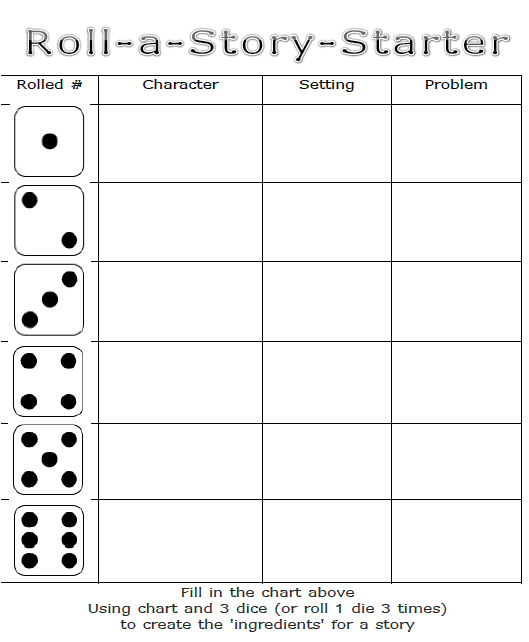