This coloring sheet depicts a dance called Robam Sovann Macha. Sovann Macha means golden fish in Khmer. This dance is about the efforts of a monkey general named Hanuman (on the left), trying to convince Sovann Macha (on the right) to allow him to build a bridge with stones. Sovann Macha is the mermaid princess and wants to prevent this from happening. Although, it should be noted that there is much more to the story than this. Sva means monkey in Khmer and is one of the roles in Cambodian Classical dance. The gestures of the Sva mimic that of a monkey. On the other hand, Sovann Macha is a mermaid. She is a character within the neang role, like how Hanuman is a character within the Sva role. 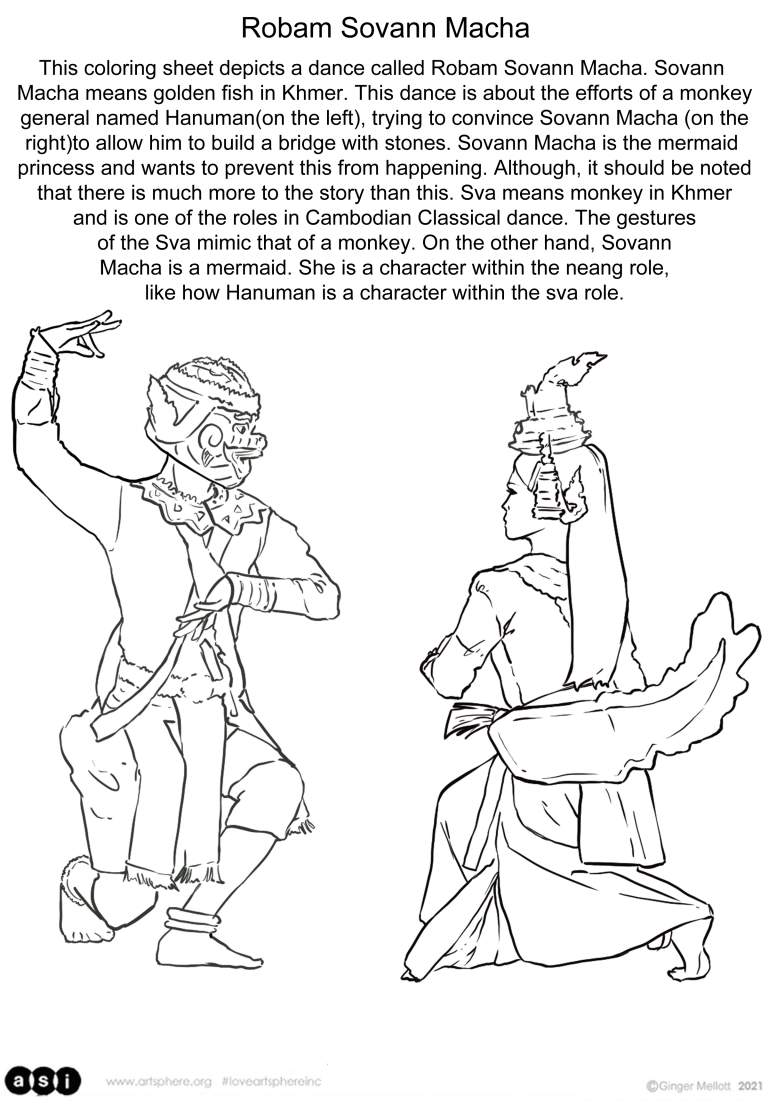