Mariana Bracetti was a leader and patriot of the Puerto Rico independence movement in the 1860s. She was the vice president of the Cuban Revolutionary Party in New York City. Bracetti knitted the flag that was used for the national emblem of Puerto Rico to overthrow the Spanish government and create a sovereign republic. In September 1868, 800 men took the town of Lares, initiating the revolution that was called El Grito de Lares. When it was taken, her flag was flown high and revolutionists declared Puerto Rico a republic. 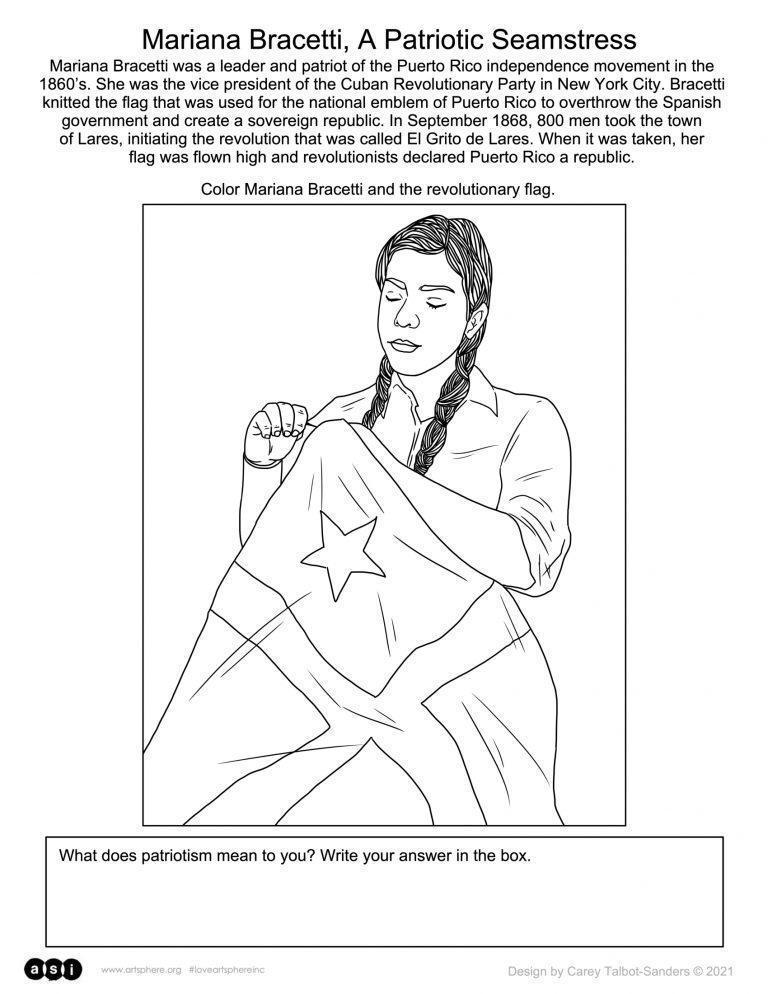