One of our projects involves making dreamcatchers out of paper plates and string (lesson plan here). We always try to provide as much context and education as possible alongside our projects, so this is a brief overview of the history of dreamcatchers.

The Ojibwe Nation is an indigenous culture of North America. The Ojibwe peoples live in the Northern Midwest of the USA and Southern Ontario and Quebec. They are the second largest Native population of Canada, after the Cree people. Their spider web charms are the original “dreamcatchers.”

Traditionally these charms were 3.5-5 inches in diameter, made of wood and red yarn or nettle fibre. They are based on Asibikaashi, a Spider Woman who helps and protects the Ojibwe people. Bev Longboat worked as the executive director at the Niwasa Head Start Program at Six Nations Reserve in Ontario. She explained the purpose of these charms.

Asibikaashi’s job was to weave the charms herself and hand them above a baby’s cradle board while they were sleeping. As the Ojibwe Nation spread out and grew though, it was too much for Asibikaashi to weave her protective charms for every baby. So she taught the mothers and grandmothers how to make the charms to help her protect the children of the Ojibwe Nation. The spider web charms are intended to ward off evil, and are not explicitly connected to dreams

In the 1960s, the Pan-Indian Movement adopted the Ojibwe spider web charms as a symbol of Indigenous Peoples in the Americas solidarity, identity, and unity. Many other Native tribes began making these charms. Adding beads and feathers with symbolic value became popular, and different tribes added different meanings to the original charm’s design and purpose. The Lakota belief that dreams move through the night could have influenced the adapted purposed and new name for the spider web charms as “dreamcatchers.”

Awareness of dreamcatchers outside of Indigenous Peoples in the Americas communities began in the 1970s and 80s. The term “dreamcatcher” was first published in Western media in 1977, and they reached their height of popularity in the 1990s with the rise of New Age commercialism. Many Indigenous Peoples in the Americas find this appropriation inaccurate and offensive. 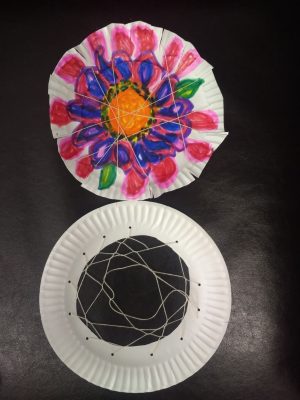