Week 4 had a new friend to teach us, Miss Grace!

Littles – Cione Rec Center
Miss Grace lead a discussion on line and different types of line. She went around the room asking the young ones to name different lines. As they named them, she would draw them on the board. We had all different kinds of lines.. zig zag, curly, straight, diagonal, wavy, dotted. The children were asked about shapes and patterns. After a few examples, all the students understood. 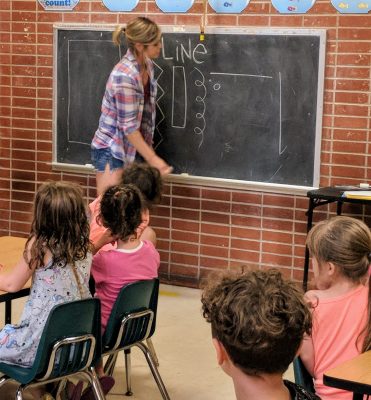 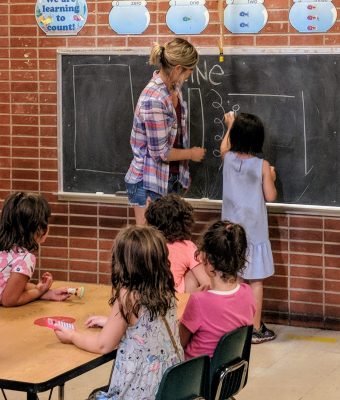 Then I explained that we would be using a dull pencil (dull is the opposite of sharp!) to draw onto styrofoam board. We related the styrofoam to what we already know and where we may have seen or used styrofoam before. Many students answered with inside boxes for packing, which they are totally right! I explained that this styrofoam is MUCH thinner, and is more like the foam containers meat comes in. 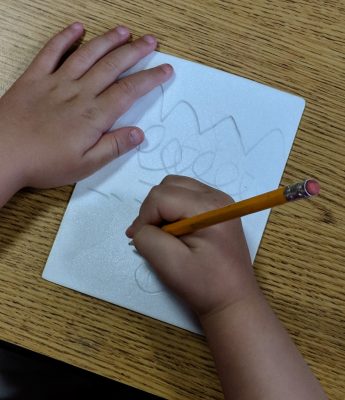 Using Sharpie so it wouldn’t make an indent, I wrote every child’s name on a 4×6 piece of styrofoam and distributed it to them. Next they were given a dull pencil and asked to draw lines and patterns onto the foam, being careful not to press too hard or it would break through. Everyone wrote on their styrofoam carefully and came up with some awesome patterns and different lines.

Then washable markers were given to each table and everyone colored on top of their patterns on the styrofoam. I demonstrated how and explained that they needed to make sure the marker was ‘juicy’ and worked well! If it was dried out, don’t use it because it won’t work as well. 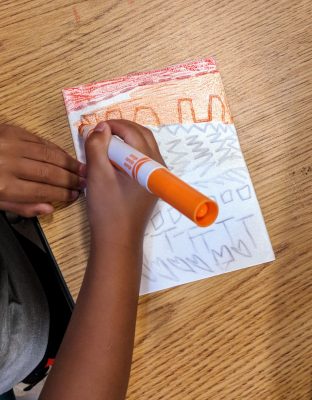 After everyone colored their styrofoam, they were given white paper slightly larger than the styrofoam piece they already had. Miss Grace and I walked around and used spray bottles to wet the blank pieces of paper. Once the paper was saturated, the children flipped their styrofoam pieces down onto the wet paper and pressed all around. Once they felt they were done pressing, they lifted up their styrofoam to reveal a print! Not every print turned out perfect (as is the nature of printmaking and stamps) but no worries because they could do it all over again! The children had to simply re-color their styrofoam, get another paper, and spray it to try a second time. Many of the children liked the result and kept the first print. It’s a simple technique and a great introduction to printmaking. 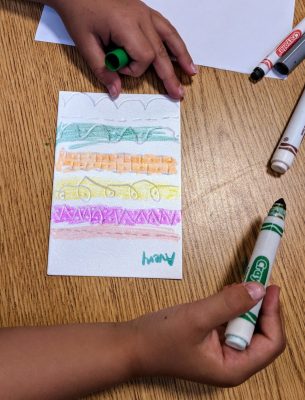 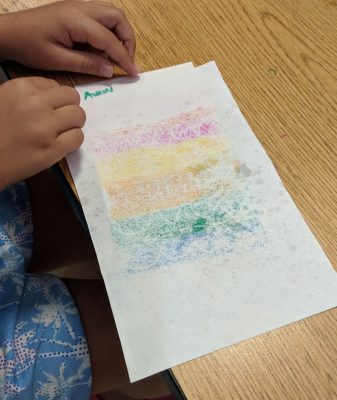 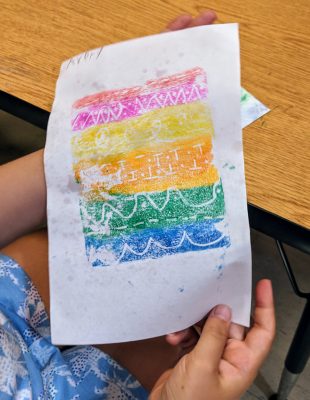 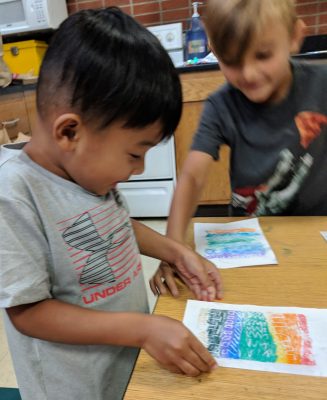 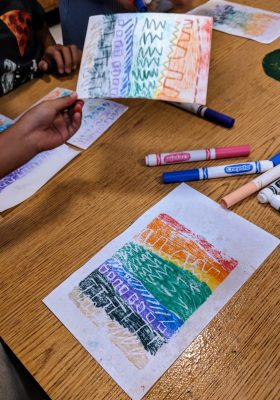 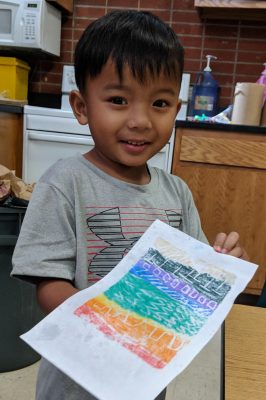