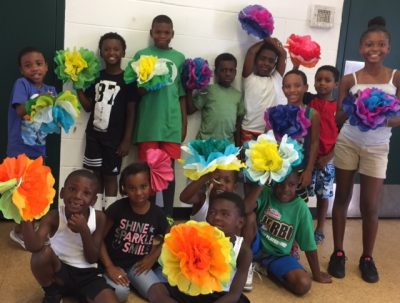 The last day of the southwark program was very bittersweet. We had seen tremendous improvement of the students not only creatively, but also in their ability to follow directions, social skills as well as improved hand-eye coordination. One particular student, who in the beginning exerted himself aggressively and loudly, was the most well behaved on the last day.

On the last day we wanted to make sure the students had something to bring home so we incorporated creating tissue paper flowers. The students were able to chose their colors of the flower. We observed that the students talked to each other a lot about what colors they wanted and even helping one another. One particular student was so excited about the flower that he approached me to show me his finished work as well as discussing what his favorite flower was and asking about mine. I was able to see a whole new side of the student’s compassion that I may not have been able to see, if we did not make the tissue paper flowers.

For the 8th grade class we decided that we would make felt bags that were prepped and the students just had to pick their designs and glue them on. The project seemed pretty simple in the beginning. After handing everything out, we began to observe that the students were not only making designs out of their shapes, such as faces and flowers, but also cutting the already precut pieces to explore other ideas. While this was not an intended open-ended project, it ended up with the students individually developing their own original ideas and meaning while digging into new ways of working with various materials. The project ended up being an inspiration for creation and  innovation. 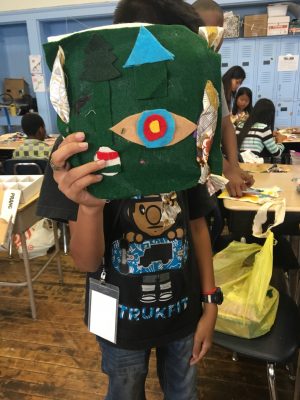 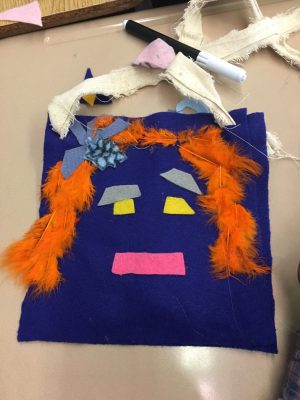 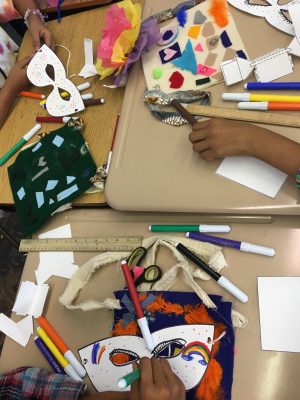 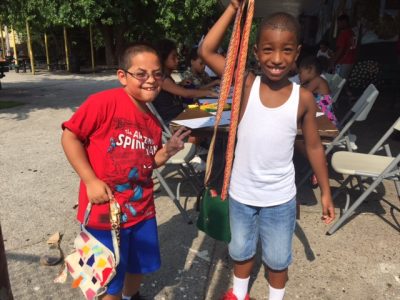 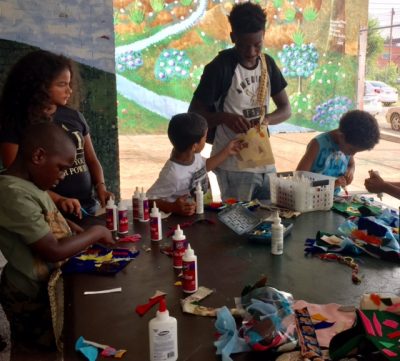 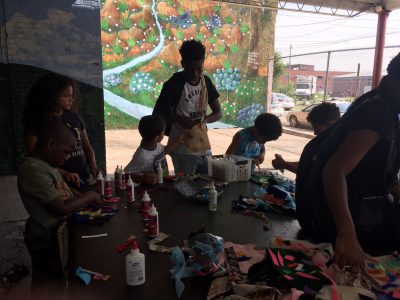 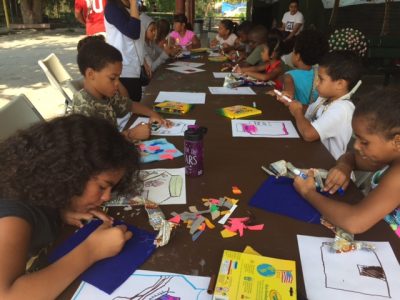 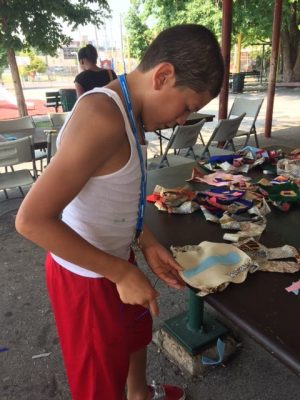 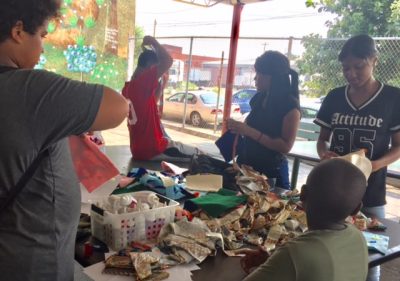 Learn more about how to make flowers from tissue paper @ http://www.wikihow.com/Make-Tissue-Paper-Flowers