Download this handout to learn how to make your own American flag for Memorial Day! This year, Memorial Day is on Monday, May 25th, and celebrates all those who serve to protect our country! Memorial Day was originally called Decoration Day and the first time it was celebrated was all the way back on May 30th, 1868!

In this handout you will learn how to draw your own American flag! The flag is one of the symbols of the United States. There are thirteen stripes, which represent the original thirteen colonies that broke away from England during the Revolutionary War. The flag also has fifty stars to represent the fifty states.

When you draw your own flag, you don’t have to include all fifty stars and thirteen stripes unless you’re up for a challenge!

To color your flag once you’re finished drawing, first color the background of the square in the upper left corner blue and the starts white. Then, alternate the stripes between red and white to finish your flag! 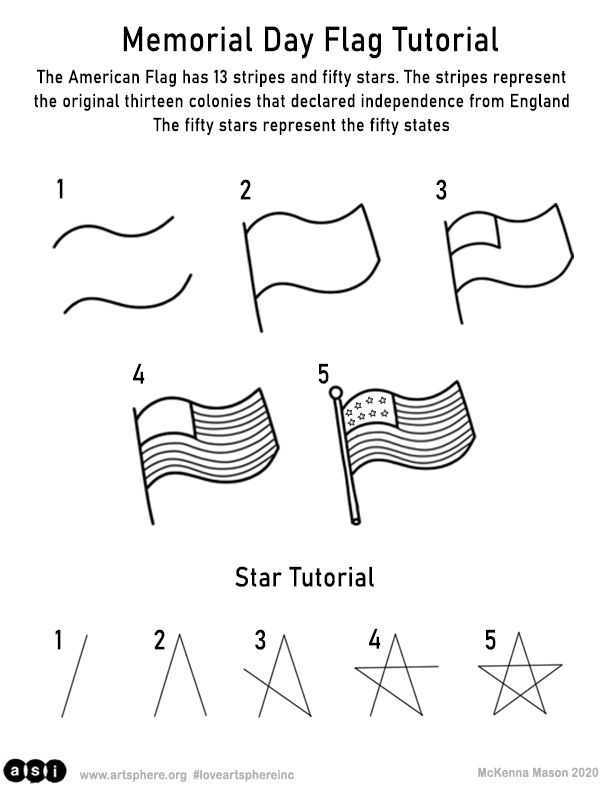