The name “Chupacabra” literally means “goat sucker.” First reported in Puerto Rico in 1995, the Chupacabra gained its name from being blamed for the attacks on goats, sheep, and other domestic animals. The Chupacabra is said to have always left uneaten carcasses of the attacked animals, but not before draining the blood of those animals.

Draw your own version of “El Chupacabra” into the tropical rainforest below! 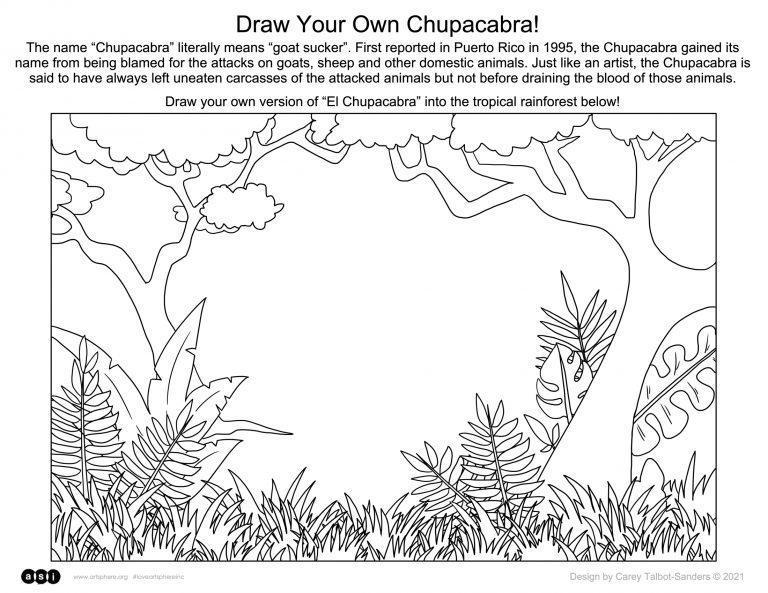