“Human rights are not things that are put on the table for people to enjoy. These are things you fight for and then you protect.” 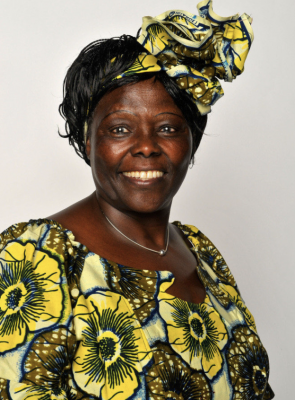 Wangarĩ Muta Maathai was an environmental, social, and political activist, who had a big impact on the environmental conservation and women’s rights movement. She founded the Green Belt Movement, which was a non-governmental organization that promoted planting trees, fighting deforestation, and other ways of protecting the environment. The Kenya-based organization was established in 1977 with the approval of the National Council of Women of Kenya and also focuses on the empowerment of women. She has won multiple awards, including a Nobel Peace Prize, making her the first African woman to win the award. Her organization has inspired many people, especially women in Kenya and around the world, to follow in her footsteps and do their part to protect our planet.