“When you don’t protect the least in your society, you place everybody at risk.” 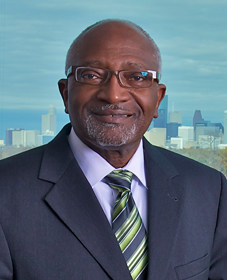 Robert D Bullard is known as the Father of environmental justice, he is the former Dean the Barbara Jordan-Mickey Leland School of Public affairs at Texas Southern Southern University. Bullard was the founding Director of the Environmental justice Resources Center at Clark Atlanta University. Along with his environmental activism Bullard is also an award-winning author of eighteen books focused on environmental racism, climate justice, urban land use, emergency responses, among many other important topics. Dr. Robert Bullard is also the co-founder of the HBCU climate change Consortium. Along with being a U.S. Marine Corps veteran Bullard he was also named one of 13 environmental Leaders of the Century in 2008. In that same year he was also awarded the Building Economic Alternatives Award (BEA) by co-op America.