“Our elders have taught us that our connection is sacred… They told us that we need to do this not just for Gwich’in, but for all of humanity. Protection of the refuge is a human rights issue.” 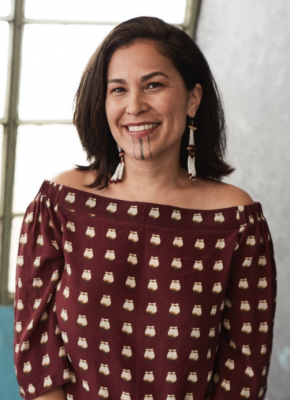 Princess Daazhraii Johnson is a member of the Gwich’in tribe of Alaska. She has been fighting to protect the Arctic National Wildlife Refuge from oil development, which threatens the porcupine caribou population. She is also a founding member of the Fairbanks Climate Action Coalition. The coalition educates Alaskans about climate change and works toward solutions to the carbon crisis. Because of her work, she was appointed to the Board of Trustees of the Institute of Art of the American Indian by President Barack Obama.