“Music is powerful. As people listen to it, they can

be affected. They respond.” 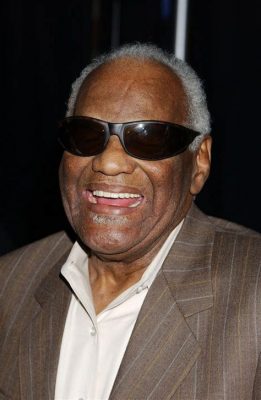 Ray Charles Robinson, also known as Ray Charles, was an American musician who pioneered soul music during the 1950s. He stepped into the music world when he started playing the piano when he was five. Shortly after, he contracted glaucoma which slowly deteriorated his vision till he went completely blind, but that did not stop him from learning music. He studied composition and went on to play various other instruments while attending the St. Augustine School for the Deaf and Blind. Charles’s music ushered a new genre of music that ultimately became R&B. His music was a reflection of realities seen through the eyes of the black community. His fellow musicians began to call him “The Genius” because of his talent for blending various genres of music beautifully. Besides his musical accomplishments, Charles was active in humanitarian causes. He founded The Robinson Foundation for Hearing Disorders, Inc. which is dedicated to supporting youths affected by hearing disorders with educational programs. Charles helped to shine light and redefine soul music as an instrument of communication. His contributions became a form of political activism in which he fought against segregation and civil injustice.