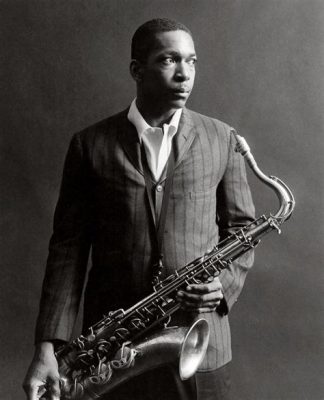 John Coltrane was, and still is, an influential jazz musician known for stepping outside the cliches of jazz improvisation with new and different harmonies. Though Coltrane died at 40 years of age because of complications from liver cancer, he released 25 albums throughout his life. Coltrane played with jazz icons, notably Miles Davis and Thelonius Monk, and by the 1960s, he was a highly sought-after saxophonist who headlined various nightclubs and festivals. A Love Supreme (1964) is regarded as his finest album, and it was nominated for two Grammy awards.