“You have to go on and be crazy. Craziness is like heaven.” 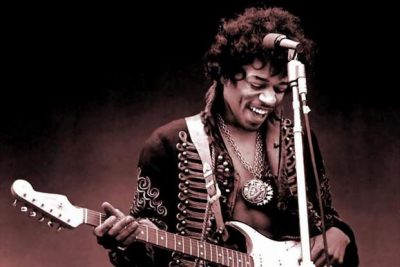 Jimi Hendrix is known as one of the greatest guitarists in the 20th century and is honored in the Rock and Roll Hall of Fame. Prominent in the mid to late 60s, Jimi reached number one with his album, Electric Ladyland. He took musical inspiration from blues, jazz, psychedelic, and classic rock. A couple of his most notable songs include “All Along the Watchtower” and “Burning of the Midnight Lamp”. Jimi was also known for his drug and alcohol usage, which fueled both his musical creativity and his untimely demise. Jimi passed away at the young age of 27, but his music changed the way the world appreciates rock and roll.