“The guy who takes a chance, who walks the line between the known and unknown, who is unafraid of failure, will succeed.“ 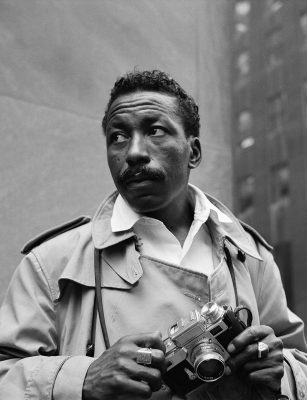 Gordon Parks was a prolific, world-renowned photographer, writer, composer and filmmaker known for his work on projects like ‘Shaft’ and ‘The Learning Tree’. Through his photography, films, autobiographical works and poetry, and musical compositions, Parks offered the world his vision. He cut through social and racial barriers and stereotypes to reveal the essence of humanity, and in doing so helped to change the world. Gordon Parks was the first African American to produce and direct major motion pictures—developing films relating the experience of slaves and struggling Black Americans, and creating the “blaxploitation” genre.