“If one can anyone can, all you gotta do is try” 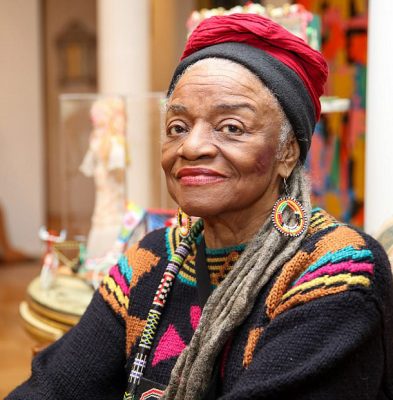 Faith was born Faith Will Jones, the youngest of three children born to Andrew and Willi Jones, who raised their children during the Harlem Renaissance and exposed them to all of its cultural offerings. She began her painting career in the 1950s. Her early work is composed with flat figures and shapes. She later became famous for innovative quilted narrations that communicate her political beliefs. She was inspired by the writings of James Baldwin and Amiri Baraka, African art, Impressionism, and Cubism to create the works she made in the 1960s.