“Some praise me because I am a colored girl, and I don’t want that kind of praise… I had rather you would point out my defects, for that will teach me something.“ 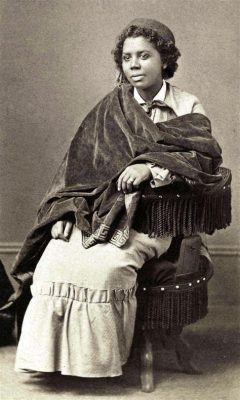 American sculptor Mary Edmonia Lewis was an orphan at a young age but was able to attend Oberlin College as she grew older. Shortly after leaving because of accusations brought upon her, she sailed to Rome and quickly became successful in sculpting. She used inspiration from the Emancipation Proclamation, her Native roots, and the bible to create some of her famous works like Forever Free, The Marriage of Hiawatha, and Hagar. Her life and her work are praised even after death and have received posthumous acclaim for the strong meanings they represent.