“It’s amazing how much you can learn if your intentions are truly earnest.” 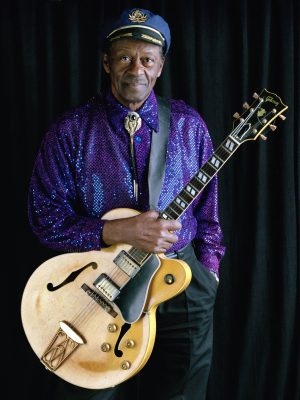 Commonly known as “The Father of Rock and Roll”, Chuck Berry refined and developed rhythm and blues into the major elements that made rock and roll distinctive and recognizable. Chuck Berry was an American musician who pioneered the genre of rock and roll. With his rhythm and blues-oriented riffs, Berry was one of the first musicians to incorporate those influences into a style which is now known as rock. Berry influenced a whole generation of musicians, including Elvis, The Beatles, and The Rolling Stones. Chuck Berry was among the first musicians to be inducted into the Rock and Roll Hall of Fame on its opening in 1986 where he was cited for having “laid the groundwork for not only a rock and roll sound but a rock and roll stance.