“The beautiful thing about learning is nobody can take it 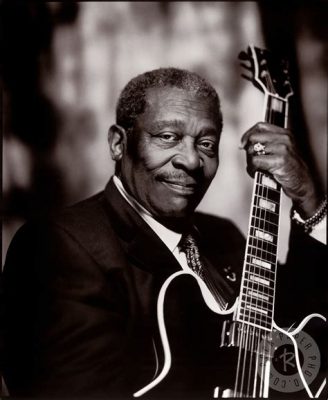 B.B. King, by name of Riley B. King, an American guitarist and singer who was a principal figure in the development of blues and from whose style leading popular musicians drew inspiration. King became a disc jockey in Memphis, Tennessee, where he was dubbed “the Beale Street Blues Boy.” That nickname was shortened to “B.B.” The guitarist cut his first record in 1949. He spent the next several decades recording and touring, playing more than 300 shows a year.