“I only do what comes out of my heart, nothing to invent what is out of my reach.” 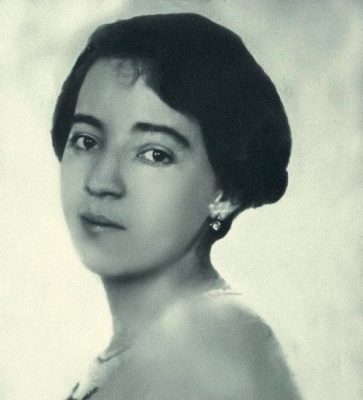 Anita Catarina Malfatti was born on December 2, 1889 in the city of São Paulo. She was a painter, draftsman, engraver, illustrator, and teacher, and Anita learned to paint from her mother. Anita then went on to teach painting and language classes to help support her family. In 1910, with the help of an uncle and her godfather, she went to study in Germany, where she attended the Fritz Burger studio and later enrolled at the Royal Academy of Fine Arts in Berlin. She studied expressionist painting. In 1914, Anita Malfatti returned to Brazil and made an exhibition at Casa Mappim, where she presented the studies of expressionist painting carried out in Lovis Corinth’s studio, in Berlin. In 1915, she went to New York, when she had the freedom to paint freely, without aesthetic limitations. At that time, Anita painted her most brilliant pictures, among them: ‘A Boba’ (1915-16), ‘O Japonês’ (1915), and ‘O Farol’ (1915). Some of Anita’s works have become classics of modern painting, including: ‘A Estudante Russa’ (1915), ‘A Mulher de Cabelos Verdes’ (1917), and ‘O Homem Amarelo’ (1917).