“I was the mystery of an anatomy, a question asked but not answered,” 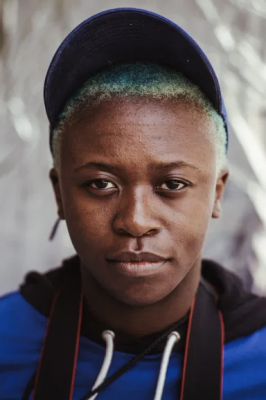 Lee Mokobe is a 20-year-old South African slam poet and co-founder of Vocal Revolutionaries. Mokobe is a TED Fellow and Adobe Creativity Scholar. They are also a trained traditional healer known as a sangoma. They are the founder of Vocal Revolutionaries, a non-profit organization focused on empowering creative African youth using digital art. Lee is also an LGBTQ activist specifically referencing their experience as a black transgender immigrant in South Africa and America. Through queer advocacy, they have been published several times including alongside Barack Obama and Harvey Milk in Loud and Proud (LGBTQ speeches that inspired the world). Their works and art are taught as part of university and college curriculum all across the world. Lee is currently working on a co-founded creative arts platform known as The Other Street, where they present storytelling and advocacy for marginalized groups in Africa.

Lee Mokobe: A powerful poem about what it feels like to be transgender

Using poetry as a way to fight back

A love letter to Pulse

Seize Her by Lerato Lee Mokobe