“Sexual fulfillment is the banana life dangles in front of us just to keep us running.” 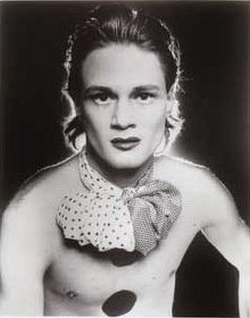 Bruce Wayne Campbell (December 14, 1946 – August 3, 1983), known by his stage name Jobriath, was an American rock musician and actor. By the time his 10-year contract with Brandt was finally up, Jobriath was sick with AIDS. He began to feel ill in late 1981 but still managed to contribute to the Chelsea Hotel’s 100th birthday celebrations in November 1982. He died on August 3, 1983, one week after the end of his original 10-year contract with Jerry Brandt expired.