“I have decided to stick with love. Hate is too heavy a burden to bear.” 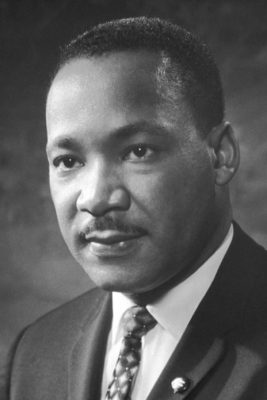 “I have decided to stick with love. Hate is too heavy a burden to bear.”

Dr. Martin Luther King Jr. was a Baptist minister and civil-rights activist who had a seismic impact on race relations in the United States, beginning in the mid-1950’s. Among his many efforts, King headed the Southern Christian Leadership Conference (SCLC). Through his activism and inspirational speeches, he played a pivotal role in ending the legal segregation of African-American citizens in the United States, as well as the creation of the Civil Rights Act of 1964 and the Voting Rights Act of 1965.King won the Nobel Peace Prize in 1964, among several other honors. He continues to be remembered as one of the most influential and inspirational African-American leaders in history.