Originally known as the Kingdom of Cambodia in 1953, the country has changed its name five times, only to return to its original name. Among the other names are The Khmer Republic, and The People’s Republic of Kampuchea.

Cambodia is the only country to have a building on their flag- the Angkor Wet, which translates to “City of Temples”, the largest religious building in the world.

Cambodia is in Southeast Asia, and has a population of 16.25 million people. Their currency is the Riel, and their capital is Phnom Penh. Their language is Khmer. 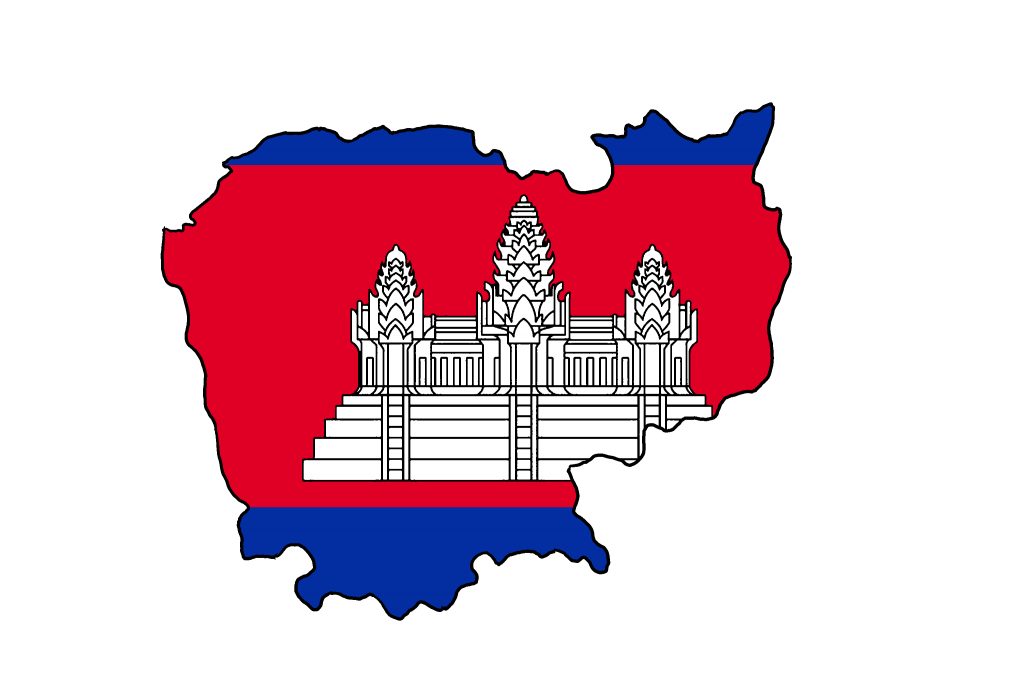 It also has eight national parks including: