The brain is a complex structure that has many parts. Of course, this is to be expected especially when it is the coordinator of the body. The main parts of the brain are the cerebrum, cerebellum and the medulla. There are other structures that are not as prominent as the three mentioned above.

The cerebrum which is the largest brain structure has four lobes that are very important to our existence as humans. The Frontal, Parietal, Occipital and Temporal lobes all have different functions and damage to any or all could be fatal to the individual. Other structures that will be discussed are the medulla and the pons. More information on the parietal lobe can be found as you scroll this page. 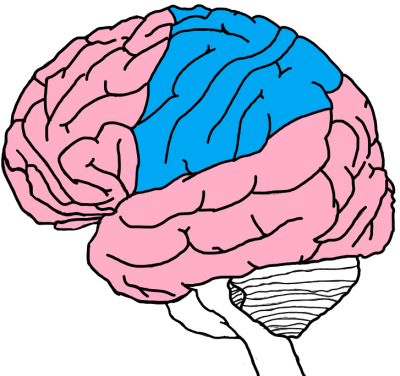 Structures of the Parietal Lobe

Postcentral gyrus: This consists of the primary somatosensory cortex and it helps to map sensory information onto the sensory homonculus.

Posterior parietal cortex: This region of the parietal lobe plays an important role in coordinating movement and spatial reasoning. It also plays a role in attention especially attention driven by new stimuli.

Superior parietal lobule: This is responsible for helping an individual determine their orientation in space and of other objects. It also helps to coordinate fine motor skills and sensory input from the hands.

Inferior parietal lobule: This is the part of the parietal lobe that assesses facial expressions. It also plays a role in these different functions: language processing, processing basic math and even one’s body image. The inferior parietal tubule has sub-regions: angular gyrus and supramarginal gyrus.

Damage to any part of the parietal lobe could result in difficulties in performing activities normally. Some of those effects are listed below:

*This site content is provided for informational purposes only and does not intend to substitute professional medical advice, diagnosis, or treatment. If you have medical questions and/or concerns, please contact a medical professional.