The garmoška is a member of the free-reed instrument family. It orignates from Russia and was invented by russian masters across the 19th and 20th centuries. It is sometimes referred to as the garmon. 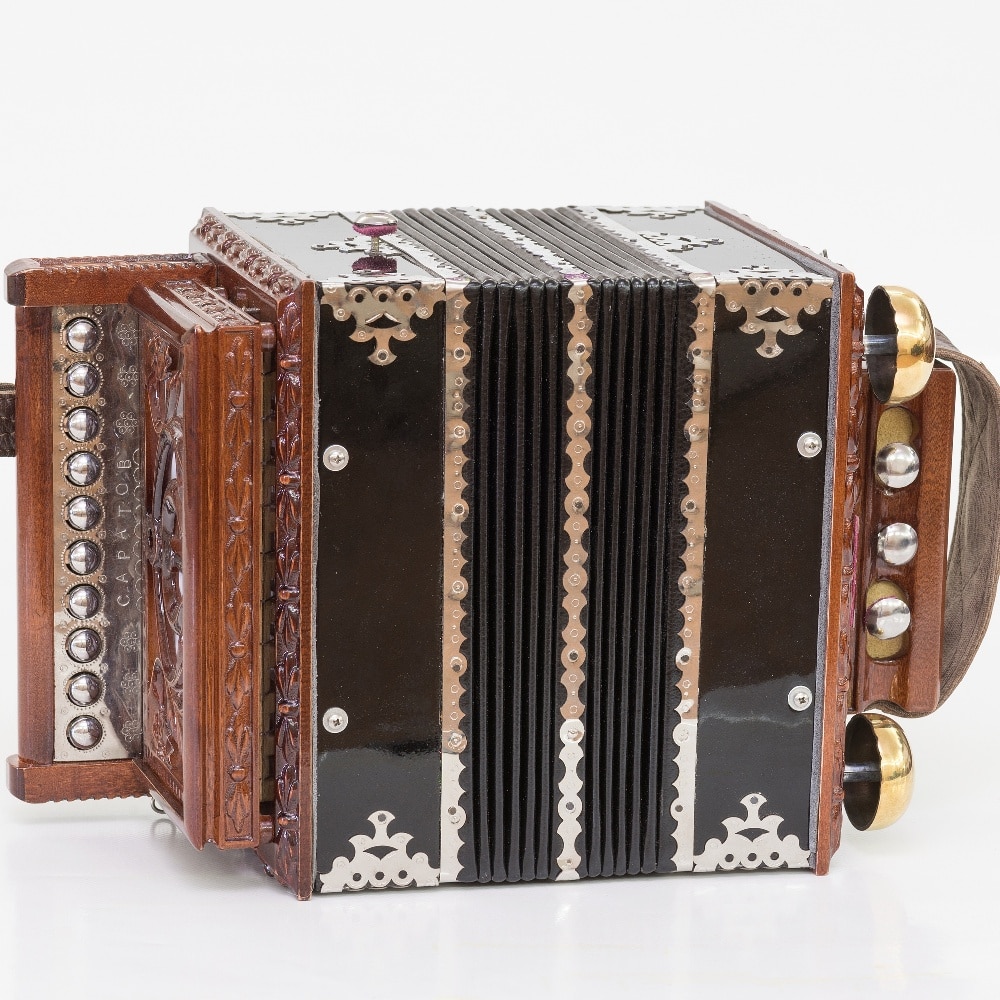 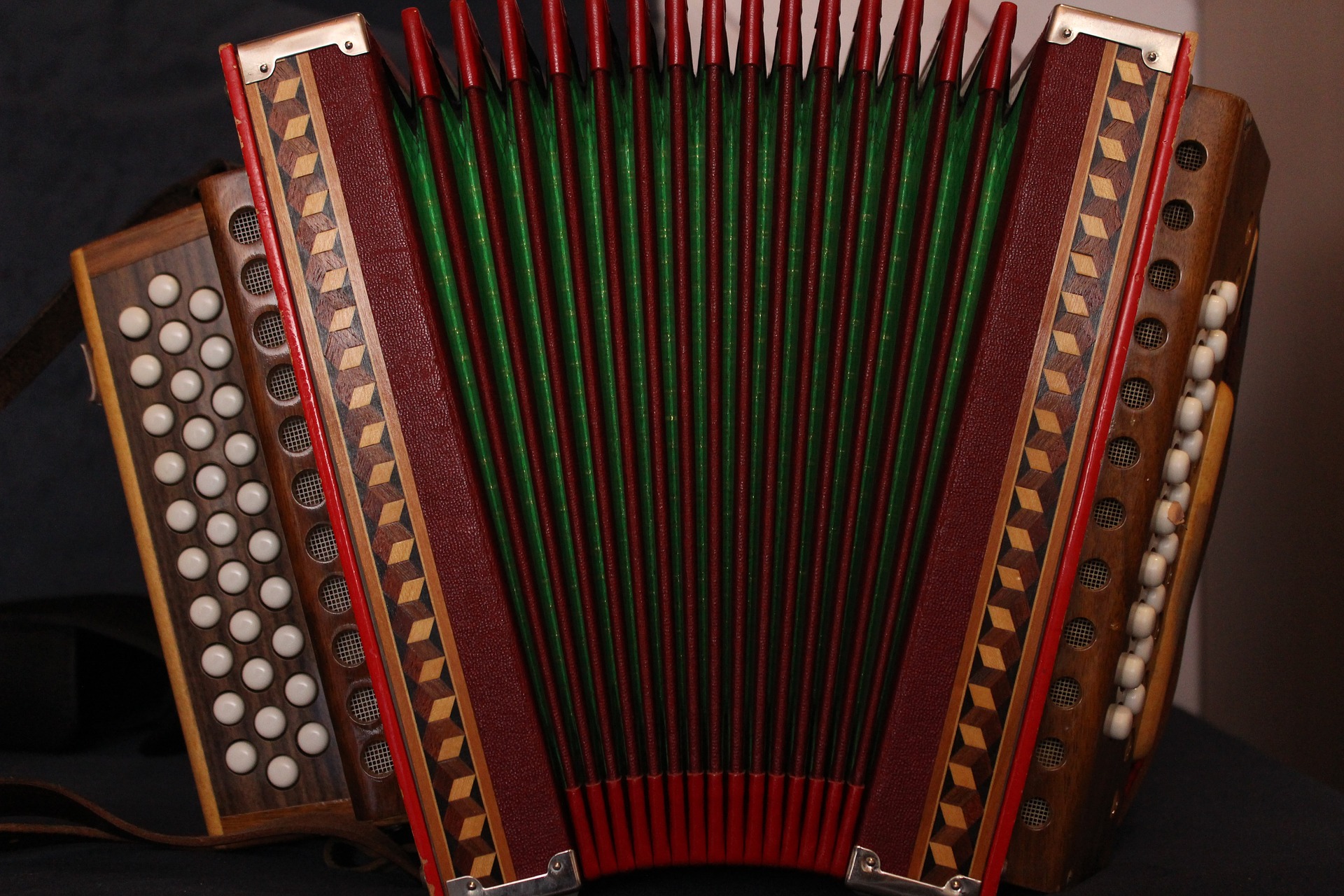 Since the introduction of the accordion from Germany to Russia in the 1830s, Russian masters invented a lot of different types of local garmons during the 19th and 20th centuries:

The khromka was invented in 1870 in Tula by Russian musician Nikolay Beloborodov.

Tula garmon was the first Russian accordion, which began to be manufactured since the 1830s.

Vyatka garmon first appeared on the factories of Vyatka governorate in the middle of the 19th century.

The livenka or Livenskaya garmoshka was developed in the 1860s and 1870s in the factories around the town of Livny (Oryol Oblast).

The standard arrangement of a garmon is known as a “25 x 25” and contains:25 treble buttons in two rows: three diatonic octaves and three accidentals, 25 bass buttons in three rows: two rows of eight buttons, with bass notes and chords, one free bass row.The arrangement of the treble keyboard allows the musician to play a scale, alternating between the two rows. The three accidental notes are arranged so as to mirror the position of the left-hand chords that contain them. 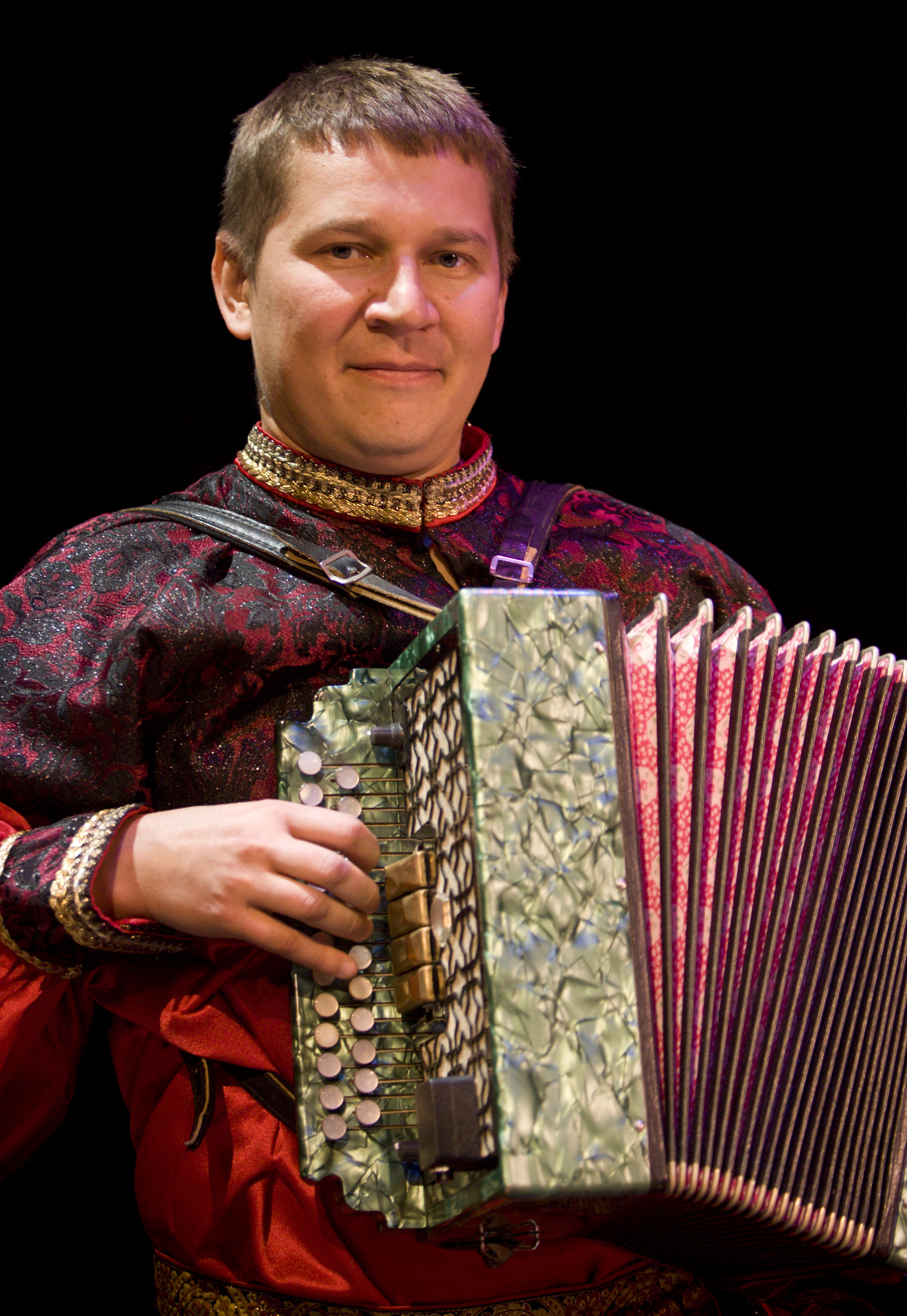 The garmon is mainly used to play folk music and other melodies. It is usually played either solo or in a band.

While both hands are on the garmon, push down on the air vavle while playing the buttons in a similar fashion to an accordion

It takes a few months to learn