The Cimbalom is a member of the string instrument family.It orignates from Hungary and was invented by V. Josef Schunda in 1874. 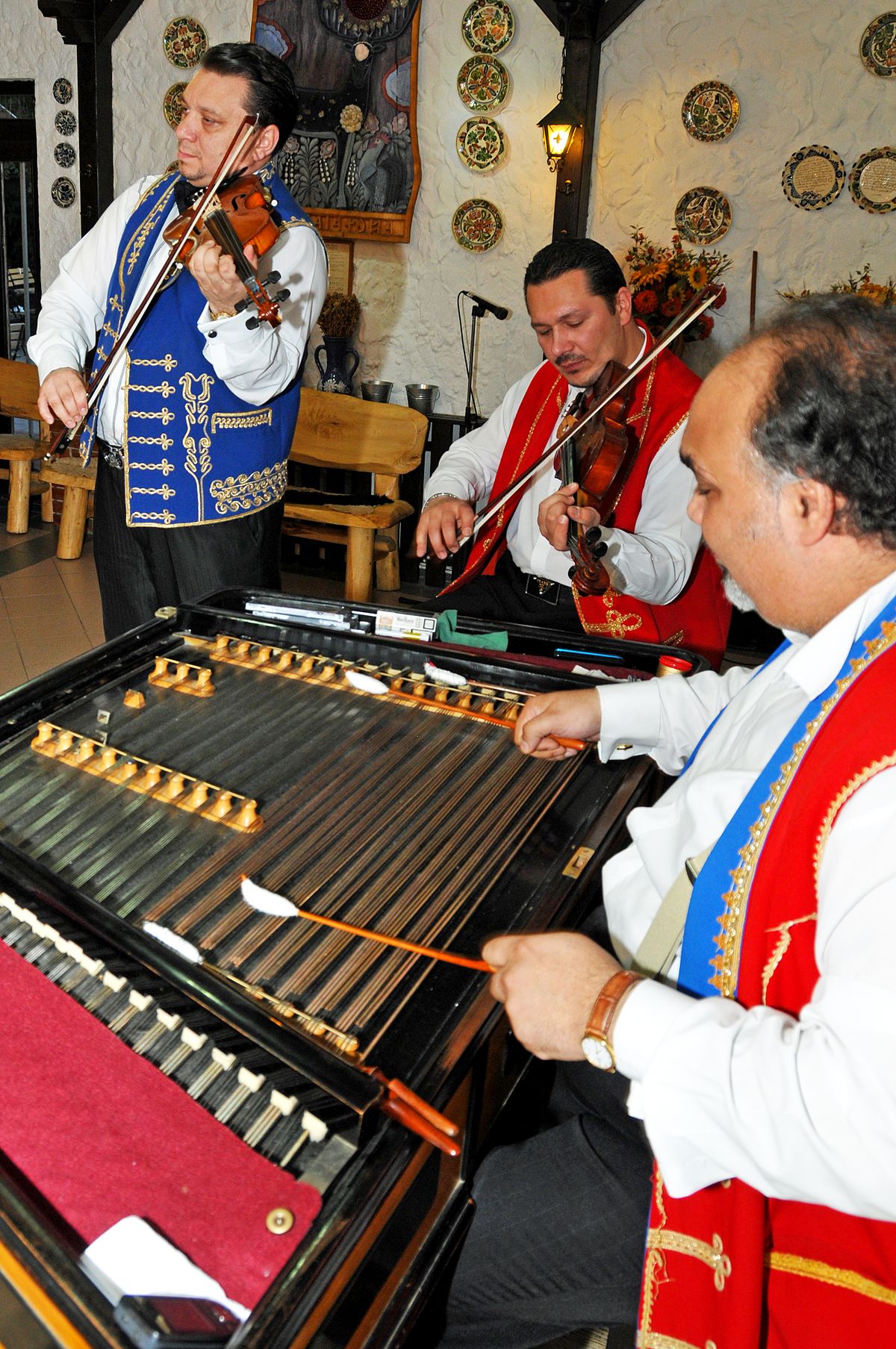 The modern Hungarian concert cimbalom was designed and created by V. Josef Schunda in 1874 in Budapest based on his modifications to existing folk dulcimers. He demonstrated an early prototype with some improvements at the 1873 Vienna World’s Fair, gaining praise from audiences and drawing the attention of highly-placed Hungarian politicians such as József Zichy, Gyula Andrássy, and King Franz Joseph. He then continued to work to modify and improve his design. He extended the length of the strings and redesigned the position of the bridges to improve the tone and musical range. He added heavy dampers which would allow a greater degree of control over the ringing of the strings, and a metal brace inside the instrument which would increase its stability.[1] Four detachable legs were added to support this much larger instrument; its folkloric predecessors had usually been played on a barrel or table.

The cimbalom is composed of a large, trapezoidal box on legs with metal strings stretched across its top and a damping pedal underneath. 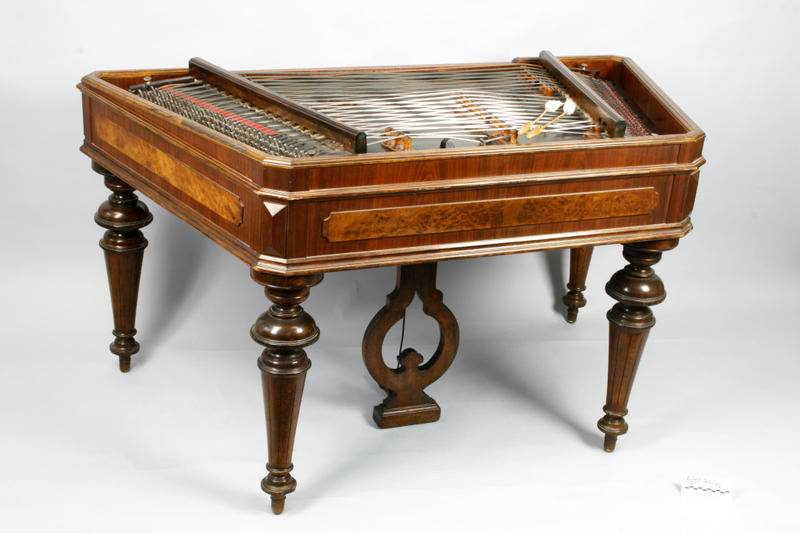 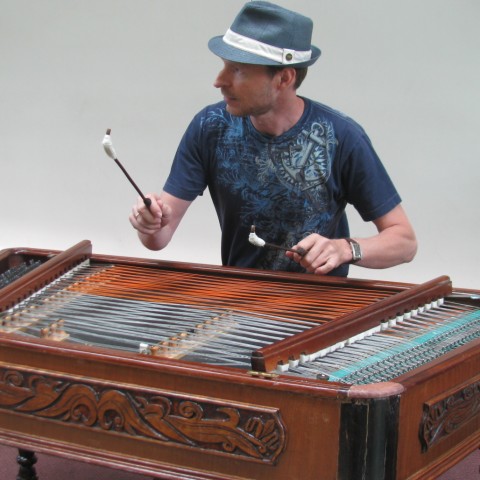 The cimbalom has been used for multiple kinds of musin including classical and contemporary music, rock and in film scores to introduce a foreign feel. The cimbalom is usually played in an orchestra

The cimbalom is typically played by striking two sticks, often with cotton-wound tips, against the strings which are on the top of the instrument.

It takes a few months to learn the basics 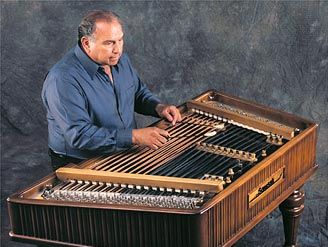