Similar to how we have an alphabet that represents sounds to form words that can be read, written and spoken in English, Ancient Egypt had their own writing system called hieroglyphs. Hieroglyphs are stylized pictures of objects representing words, syllables, or sounds. There are over 1,000 distinct characters.

Egyptians would carve into stone or temple walls and write on papyrus. It was used to communicate, tell stories about gods and the afterlife. One of the most famous Egyptian works, The Book of the Dead, is a book that guides the soul of the deceased to navigate the afterlife.

Today, use this chart to learn more about the Ancient Egyptian alphabet and create your own story or message using hieroglyphs! 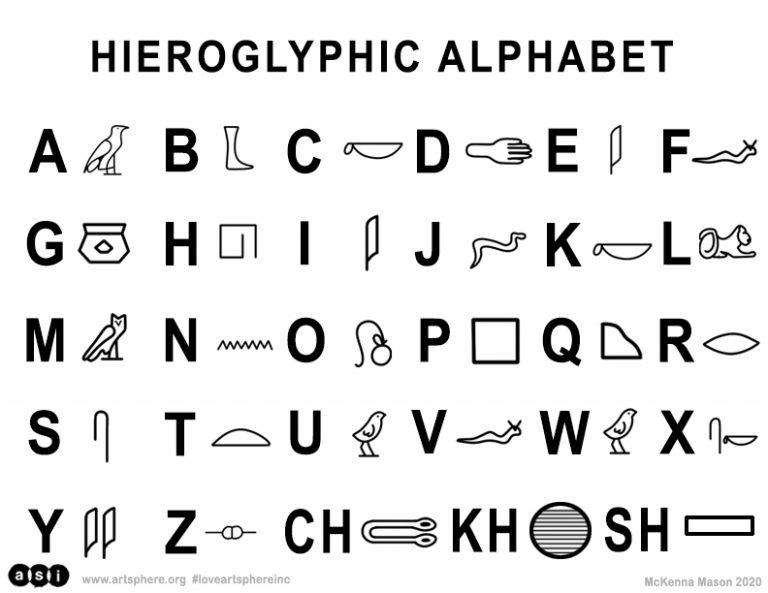 This project is one of the virtual literacy through art classes hosted on Facebook Live from 1:30-2pm every Wednesday and Friday. Materials and instructions are posted here afterwards. Tune into the live classes to ask questions, give suggestions, and interact with other students who are stuck at home!

If you want to watch the recording of the live video, check out our Facebook page or Youtube channel!