World Braille Day, on January 4th, is a day to celebrate the invention of the Braille alphabet, which is used so blind or visually impaired people can read! It was named after Louis Braille, who invented it. Each letter is represented by raised bumps on the paper. The dots can be read by feeling the words with a finger.

All letters and numbers are assigned dots within the six dot grid (example on the handout). The shaded dots for each letter represent the spaces that would be raised on the paper. On a separate sheet of paper, practice writing your name in Braille and then use a pen or pencil to extend the dots from the other side of the paper (by pushing with the tip). Then, see if you can read it with your finger! 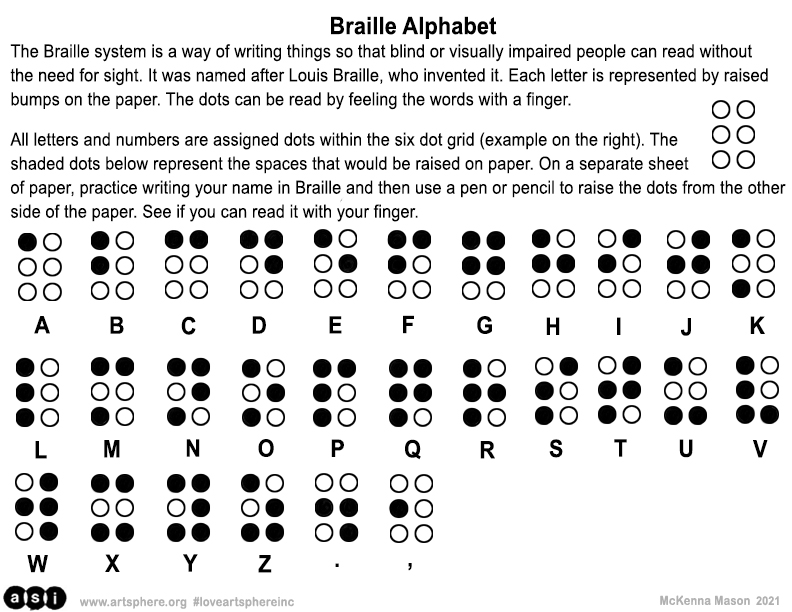