Print out the handout below to color the portrait of Vice President Harris and fill in the lines with a goal of your own! 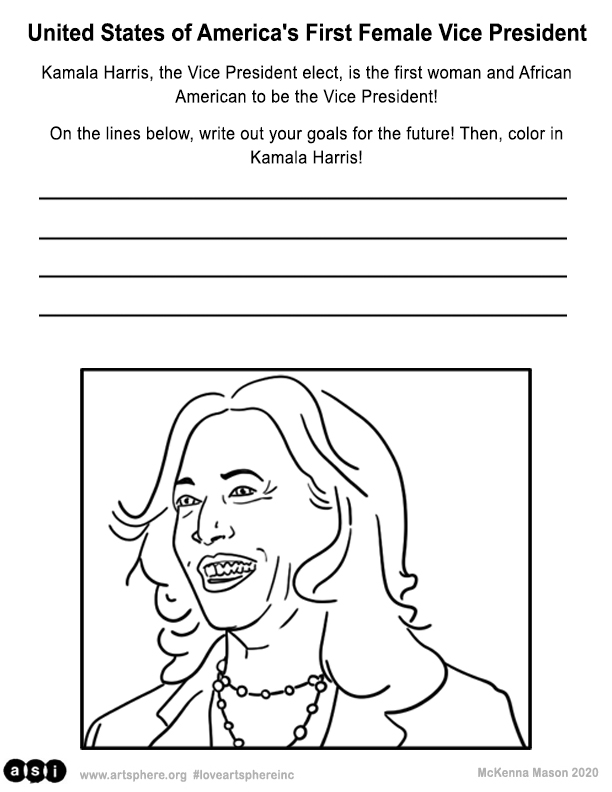