What is Tau? Tau is the constant is numerically equal to 2pi (2 times pi) and with a value of approximately 6.28. The ratio equates to 2C/D.

Color the handout while you listen to the Tau Song.
Tau Song: https://www.youtube.com/watch?v=F1Dc2Enj00M 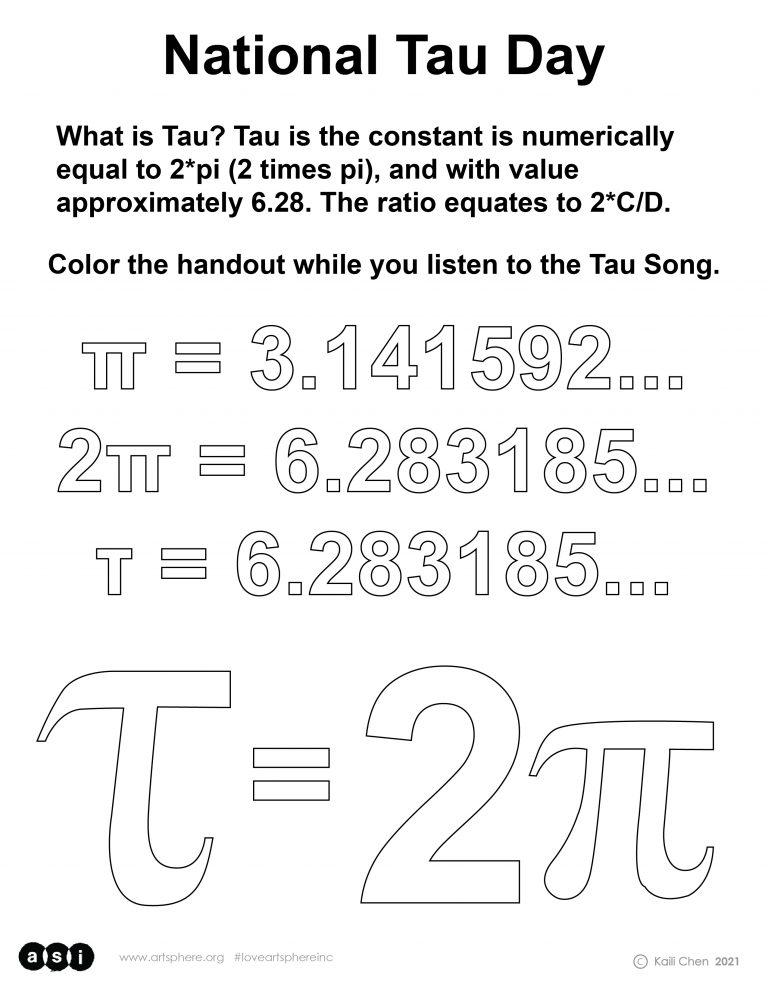