The United States government is separated into three branches: the Legislative Branch, the Judicial Branch, and the Executive Branch. Each branch has a different job.

The Judicial Branch is made up of the United States Court System. There are three levels of courts: the District Courts, the Courts of Appeals, and the Supreme Court. The job of the courts is to interpret laws made by the Legislative Branch (and signed by the Executive Branch). When a case goes to court, it starts in the District Courts. If the people involved don’t think the ruling was fair, they can ask the Court of Appeals to hear their case. Finally, the case can go to the Supreme Court, which is the highest level court in the United States.

The Legislative Branch is made up of the United States Congress. The Congress itself has two parts: the Senate and the House of Representatives. The Senate has 100 members – 2 for each of the 50 states. The House of Representatives has 435 members, and each state gets a certain amount of representatives for the House based on their population and size. The job of the congress is to pass new laws. In order for a law to pass, it must have a majority of votes in both the Senate and the House. Then, the law goes to the President in the Executive Branch, who has the final say. 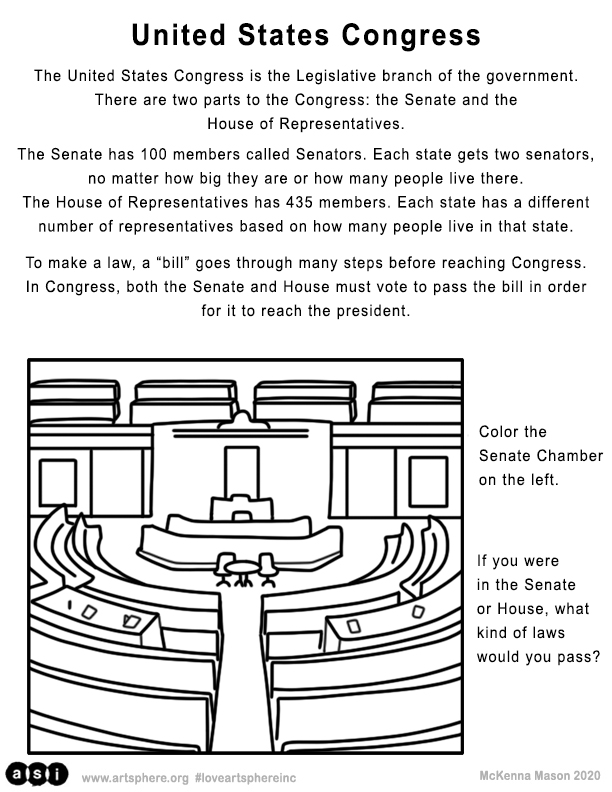 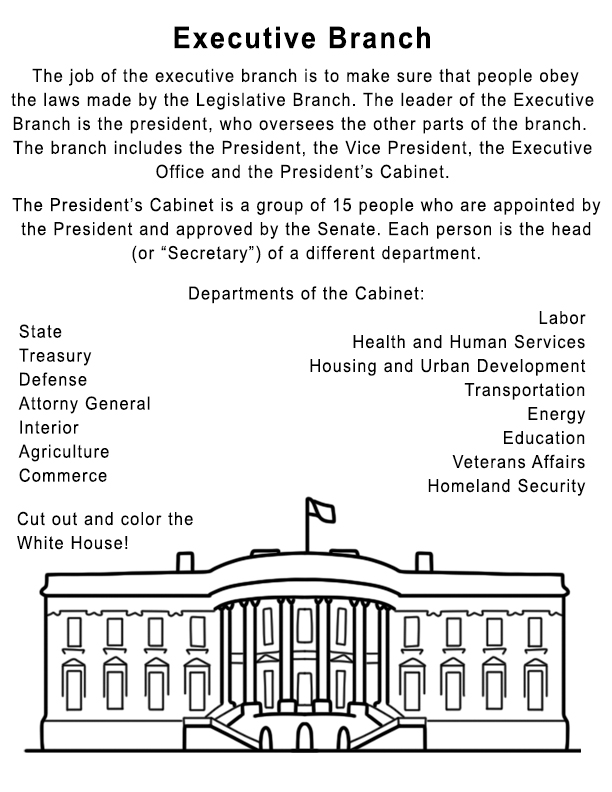