For our final installment in our series celebrating African American musicians from Philly, we are honoring musician and multi-talented cultural icon, Questlove!

Questlove, (born Ahmir Khalib Thompson, 1971), is a musician, composer, and producer. He is best known for his work as a drummer in the hip hop band, The Roots. The Roots trace back to Thompson’s teenage years as a student at the Philadelphia High School for the Creative and Performing Arts, where he met future Roots collaborator Tariq “Black Thought” Trotter. The Roots attained critical and commercial success in the late 90s, and now operates as the in-house band for The Tonight Show. 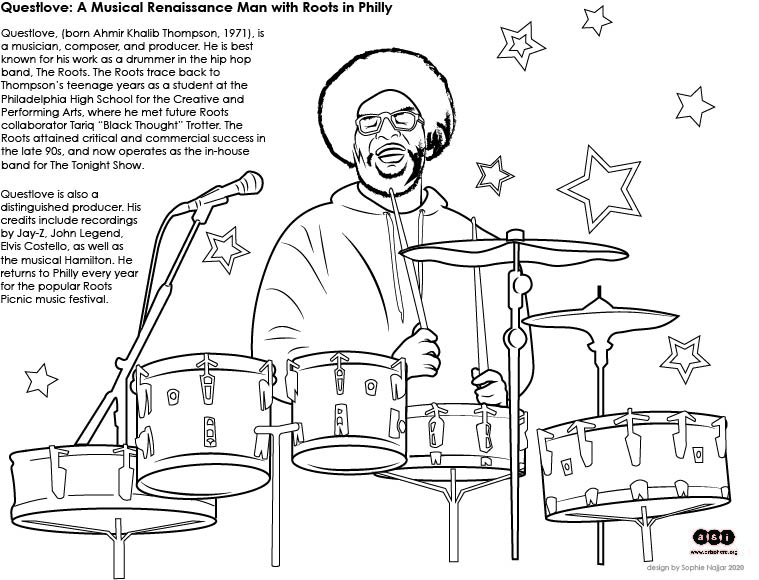 Questlove is also a distinguished producer. His credits include recordings by Jay-Z, John Legend, Elvis Costello, as well as the musical Hamilton. He returns to Philly every year for the popular Roots Picnic music festival.