Celebrate National Bacon Day on December 30th by learning about what it means to be Halal.

The god that Muslims worship is called Allah and the name of their religion is Islam.

“Halal” is a term used to describe a set of dietary rules that someone who is Muslim must follow. For example, pork and meat from a pig (like bacon) is not considered Halal. Instead, it is called “Haram,” meaning that Muslims cannot eat it.

Other forbidden foods include seafood other than fish,  insects, lizards, donkeys, and more.

Most rules are dictated in groups. For example, insects are included in “land animals without blood” and lizards are included in reptiles. Foods may also be Halal or haram depending on how they are made. 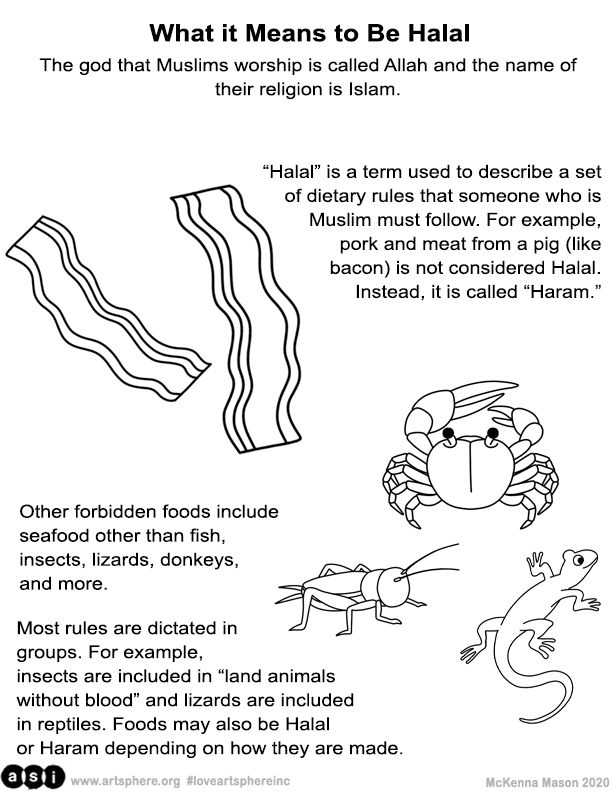