N. Scott Momaday is a very important Western Indigenous writer and poet. Born in Lawton, Oklahoma in 1934, Momaday grew up in and around several Native American reservations in Arizona. His father was full Kiowa and his mother, with whom he spent the entire first year of his life with on the Kiowa reservation, was Cherokee and Caucasian. Later in life, Momaday received an M.A. and a Ph.D. in English from Stanford. Many of Momaday’s writings and poems focused on the tradition of the Kiowa peoples. 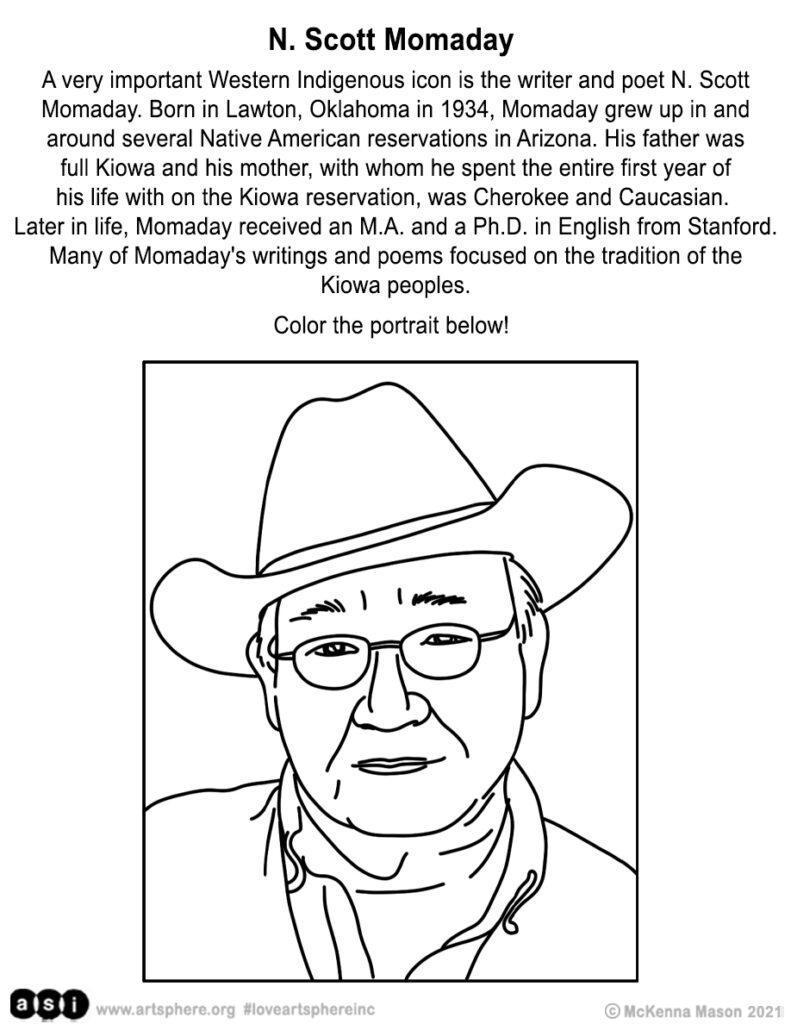