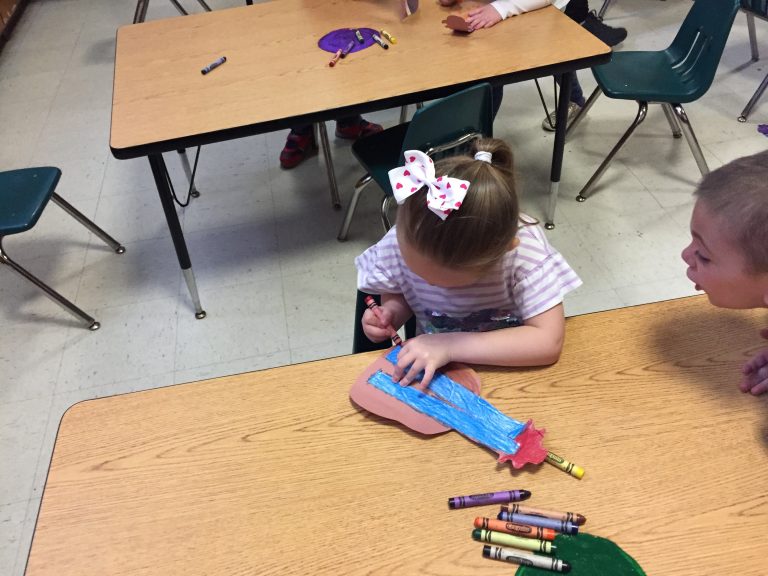 Lesson: This simple coloring activity helps students learn about the guitar and familiarizes them with the sounds a guitar makes.

Start 1 Start out with a little “pop quiz” to figure out which instruments your students are familiar with. Have them describe what the instrument looks like and the sound it makes. This establishes a baseline knowledge of musical instruments.

Start 2 After the quiz, go over parts of the guitar in the handout. Students may not remember every detail, but it will help them better understand how the instrument works.

Start 3 Have the students color in the guitar, then cut it out.

Start 4 Play the videos of people playing simple songs on the guitars, and have your students sing along! Encourage them to imitate strumming on their own paper guitars. If you need some inspiration, check out this video of Twinkle, Twinkle Little Star played on the guitar!

Olly led similar, with assistance from Meredith, at both Fishtown Rec Center & Cione Rec Center last week (Thursday, March 28). He started with a little “pop quiz” to see how many students knew what a few different instruments looked and sounded like. We later tried to identify which instrument was playing in different songs. Our objective here was to establish a baseline for the students. Eventually, we want all the students to be able to identify at least 5 different instruments and identify the sound they make.

After the “quiz,” the students colored and decorated their own paper cut-out guitars. They then “played” the guitars during sing-along songs, which the students seemed to enjoy. Most of the children seemed to know and understand what a guitar is and what sound it makes. We also watched a few videos of people playing simple guitar songs and sang along. Olly & Meredith pointed out the chord changes and had the students imitate the strumming with their own guitars. 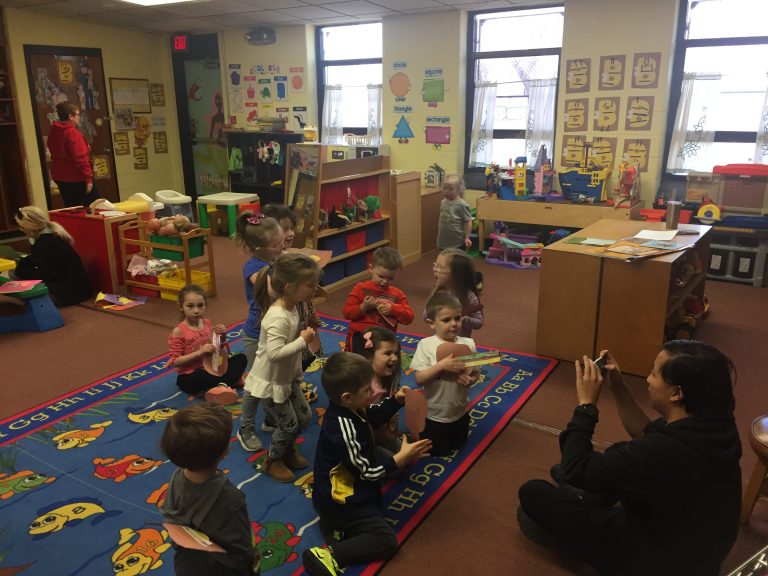