For the third entry in our handout series celebrating African American musicians from Philadelphia, we are paying homage to John Coltrane. 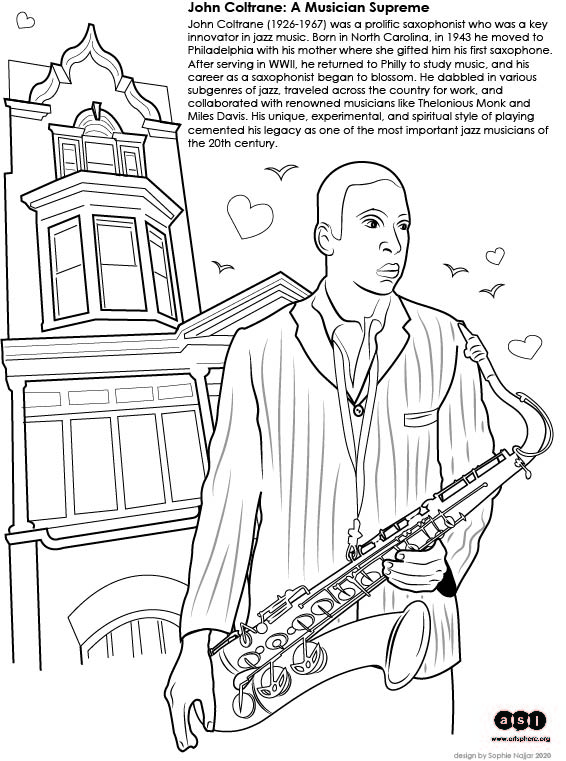 Coltrane (1926-1967) was a prolific saxophonist who was a key innovator in mid 20th century jazz music. He was born in North Carolina but moved to Philadelphia with his mother at the age of 17, where she gifted him his first saxophone, and he began playing in cocktail lounges. At the height of WWII he enlisted in the Navy, and his skills as a musician earned him a spot in the Navy swing band, the Melody Masters.

After the war, he returned to Philadelphia to nurture his musical practice, and his career as a jazz saxophonist began to blossom. He dabbled in various subgenres of jazz, traveled across the country for work, and worked with renowned musicians like Dizzy Gillespie, Thelonious Monk, and Miles Davis.

Though he tragically died of liver cancer at the age of 40, his unique, experimental, and spiritual style of playing cemented his legacy as one of the most important jazz musicians of the 20th century.