Learn fun shark facts and follow the handouts to draw a shark.

1. Most sharks can see well in dark areas, have fantastic night vision, and can see colors.
2. Sharkskin feels exactly like sandpaper because it is made up of tiny teeth-like structures called placoid scales.
3. Based on fossil scales found in Australia and the United States, scientists hypothesize sharks first appeared in the ocean around 455 million years ago.
4. Each whale shark’s spot pattern is as unique as a fingerprint.
5. Not all sharks have the same teeth. 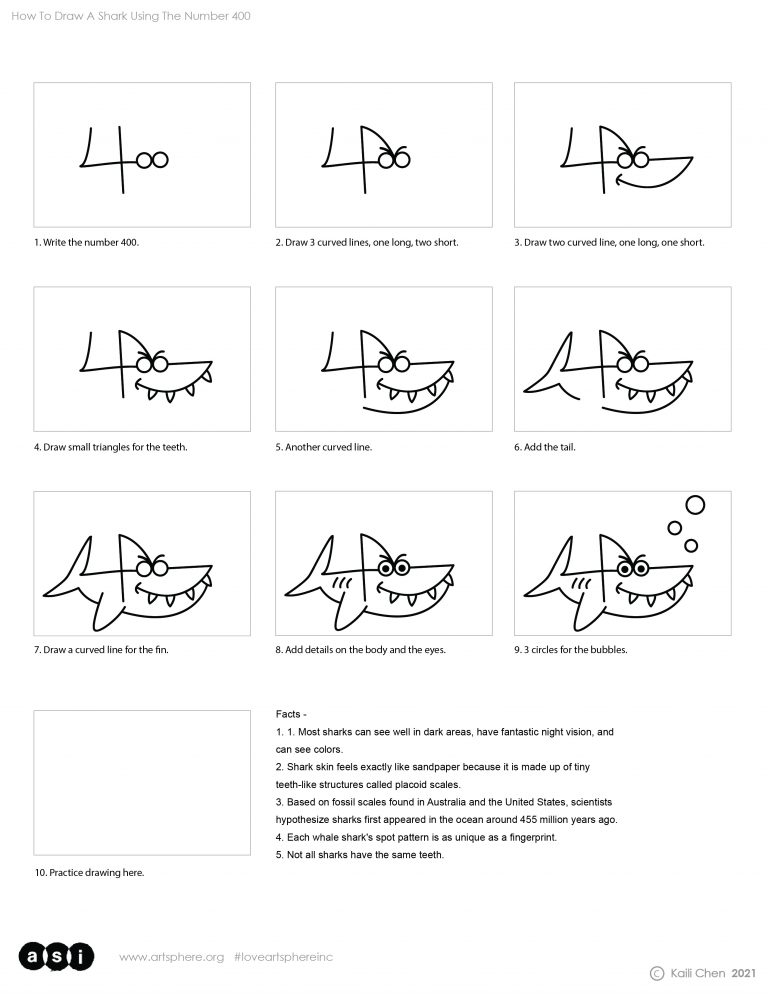