Skip to content
The dragon’s name is derived from the word ‘draconem’ in Latin, meaning large serpent. Dragon legends are in nearly all cultures! Western dragons are thought of as fire breathing and large, and in Eastern lore they are smaller and friends to humans. For example, in China they were a symbol of wealth and power, and emperors were thought to be descendants of dragons.

Directions:
1. Fold your paper in half longways.
2. On one side, cut along the outline of the your dragon
3. Unfold so that your paper and then fold along the dotted lines so your dragon stands.
4. Draw what you treasure that you would have your dragon guard and decorate as you wish! 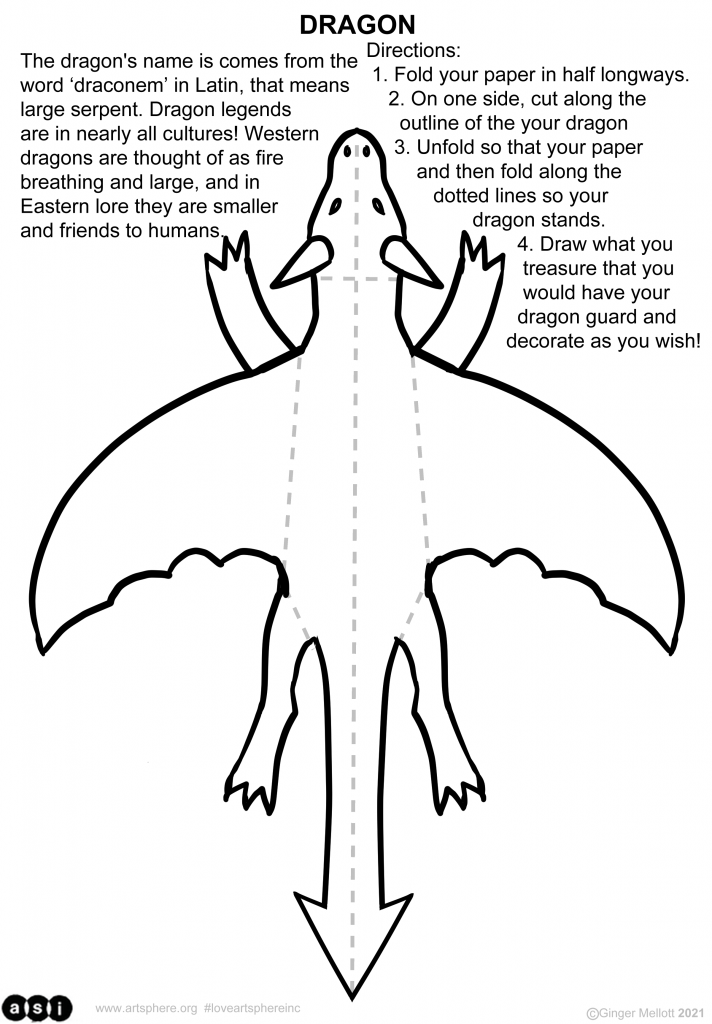