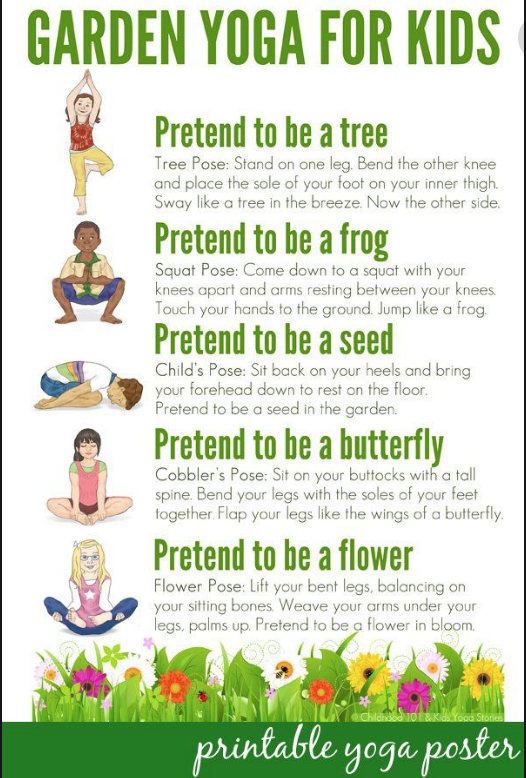 As winter descends, we have begun growing a yoga garden at Fishtown Recreation Center. Each week, we begin class with a series of basic yoga poses, each pose named after a plant or animal found in a garden. We chose to use these familiar terms, rather than the official sanskrit pose names or even the lay names, to make yoga more relatable and memorable to young children. A child can immediately recognize and mimic a “frog” pose, but would not likely make such a connection if we said “mālāsana.” Our hope is that we can lead a yoga flow routine at the beginning of each class and the children can follow along smoothly.