Today, we celebrate the Fourth of July with parades, barbecues, parties and fireworks. Use the handout below to learn how to draw your own fireworks! 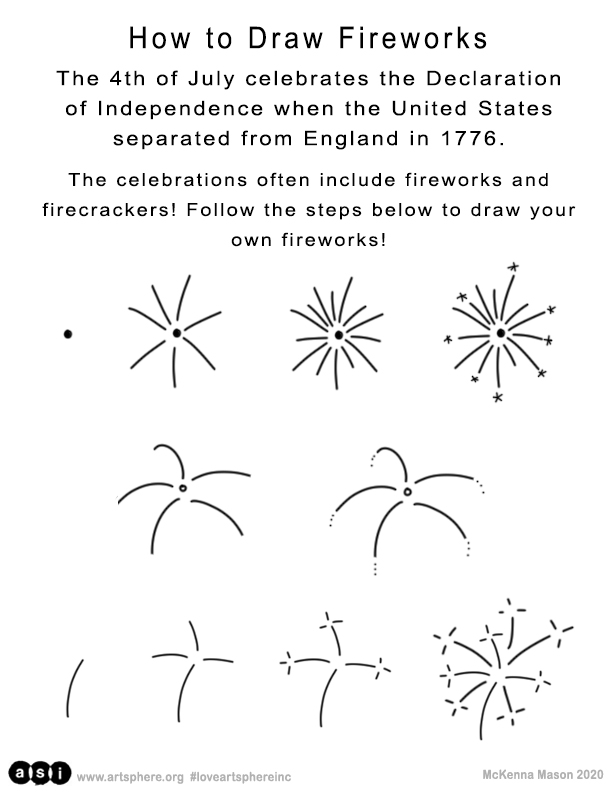