The artist did many sculptures of mother and child.  She had 3 children with her husband who was a Mexican artist.

“Mother and Child” is made from terracotta.

She moved to Mexico and did views of the working class, the poor, and those who were left out.

She made works that made them special, dignified, and important. 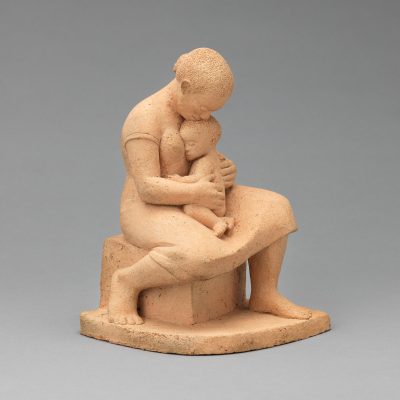 Elizabeth Catlett was born and raised in Washington, DC.  Both her mother and father were children of freed slaves.  She heard many stories from her grandmother.  She was born in 1915 and died in 2012 at the age of 96.  Both her parents worked in education.  Her mother was a truant officer and her father taught school.  Her father died before she was born so her mother had to work several jobs to support the family.  As a child she was fascinated with wood carving.  She studied art in high school.  She went to Howard University after she was refused admission to Carnegie Institute of Technology.  She later received a one woman show there and received an honorary doctorate.  She became an art teacher and moved to NC to teach.

She was interested in the work of Grant Wood, a landscape artist and went to University of Iowa.  She studied art there.  He told her to do art that she knew best so she began sculpting images of African American women and children.  She got a masters degree.

She went to New Orleans to work at Dillard University and went to Chicago for the summers to study at the Art Institute.  She met her first husband who was an artist and moved to NYC.  She studied and taught there.  She traveled to Mexico with her husband on a travel fellowship.  She entered a workshop to study art on social themes and learned print making with leftist causes.  She got a divorce and married a Mexican printmaker and mural artist.  They had three children.  She met many artists there.  She was associated with the communists there and for a time was barred to come back to the USA.   That changed  later, but she became a Mexican citizen.  Later she spent part of the year in Mexico and part in Battery Park, NYC.  She remained active as a teacher until she retired and was an active artist until her death.

Her work was part of the Black Arts Movement and feminism.  She had over 50 exhibitions by herself and was part of many other collective shows.  By the end of her career, she won many awards and her works sold for tens of thousands of dollars.  The University of Iowa opened a residence hall that bears her name.

As a sculptor, she did work in a variety of materials, and prints, woodcuts, and linocuts.  Her work revolves around themes of social injustice, the human condition, historical figures, and the relationship between mother and child.

“Art can prepare people for change, it can be educational and persuasive in people’s thinking,”  she said. 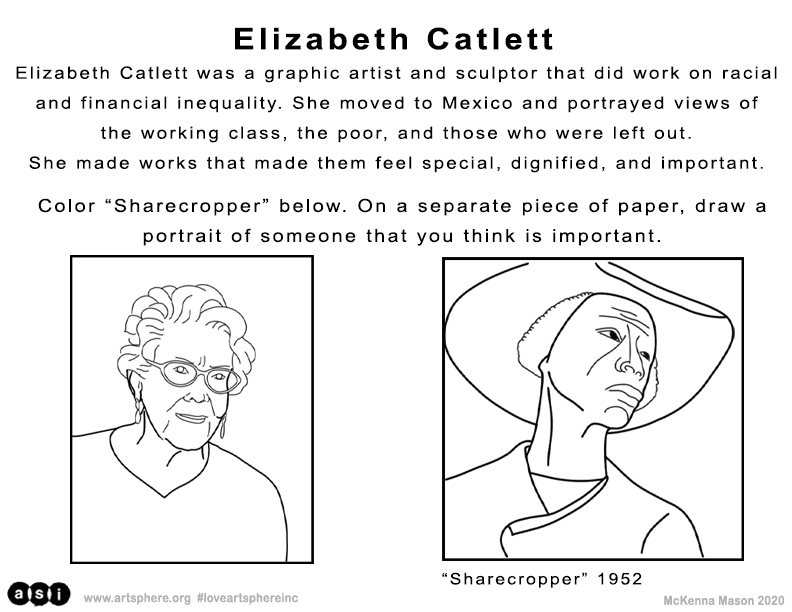