The previous week we heard requests from the students to learn how to draw anime characters, so that’s what we did. I printed out a few of the more popular characters, and Kristin gave them step-by-step instructions as she drew a character on the whiteboard and they followed. While this was a less complicated project, i think they had a lot of fun learning to create something they were enthusiastic about. They all did really well, especially for the first time. We also gave them a page with two color wheels. The 1st one they had to fill out by memory, and they were timed to see who could do it faster. Kristin then showed them the correct colors and names and they had to fill out the 2nd one with her. In honor of Giving Tuesday, we also showed them how to create woven paper hearts, though we didn’t have time to make it a full lesson. 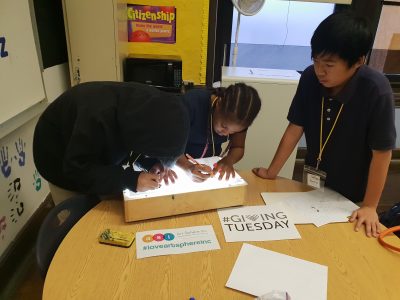 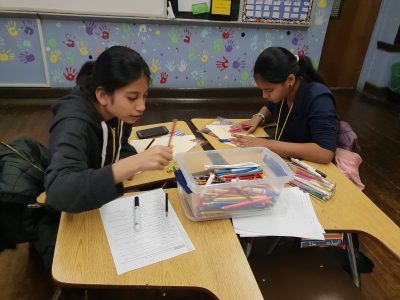 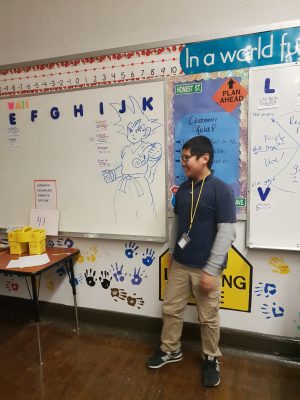 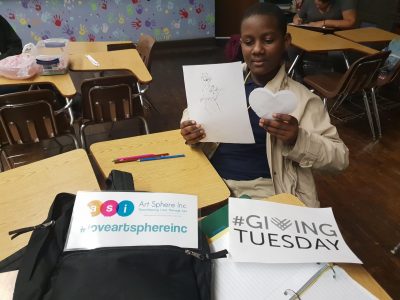 With our younger class, we also did a color wheel race. I was surprised that several of the students knew precisely which colors went where. They were super excited that they had to compete with each other, and it was fun to see them coloring as fast as they could to win the race. We also had them create their own houses including: decorate the outside, create each room, and draw furniture. They got very into this project, and we will continue it next week because we ran out of time before they could finish. 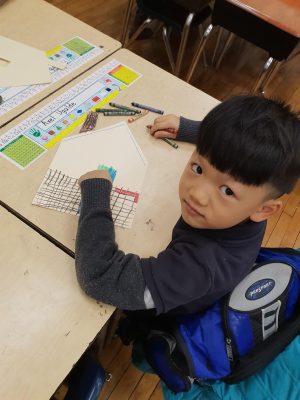 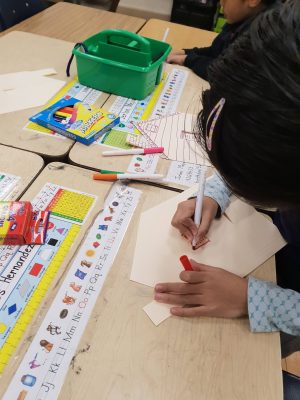 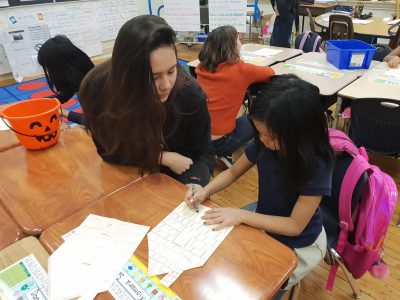 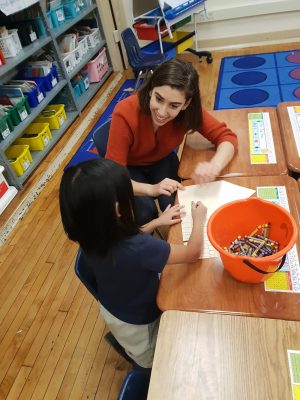