Littles – Cione Rec Center
We chatted about sharks and Shark Week– SO many children were excited about sharks! One boy came up to me, whispered and asked, “Can you ask us what kinds of sharks there are?” I agreed and shortly after I asked everyone, “Ok, let’s name some different sharks! What kind of sharks are there?” Immediately hands shot up from all over.
Tiger shark. Hammerhead. Great White. Bull. Goblin. Thresher. Whale Shark.
So many sharks I haven’t even heard of!

The children got to choose their background color, write their name on the back, and then drew a rounded triangle on the front. This round triangle will be their shark jumping out of the water.

We discussed how to make gray (white + black). I passed out bowls with white and black paint and let pairs of children mix up the paint to create gray. Then they painted their rounded triangles.

While the paint was drying, I read “Misunderstood Shark” by Ame Dyckman. This book had us learn about sharks and their habits but in a playful, “misunderstood” way. 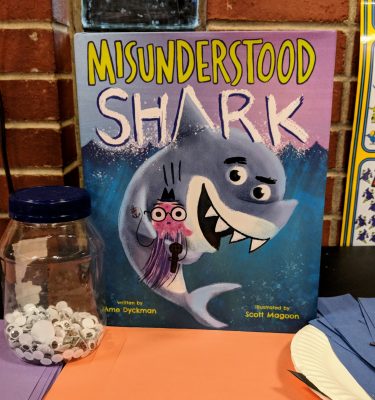 Then the children went back to their seats where they drew a wavy line on blue paper, cut along that line to create a ‘water wave,’ and glue it to the bottom of their papers. Next, they glued pre-cut mouths made out of black construction paper onto their sharks, then cut and glued white triangles for teeth. Then, to give our sharks some cute character, we glued on two googly eyes. 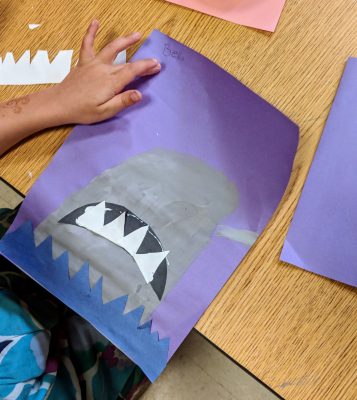 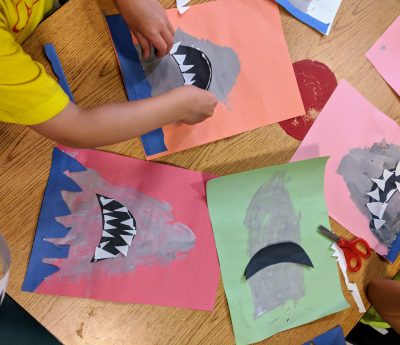 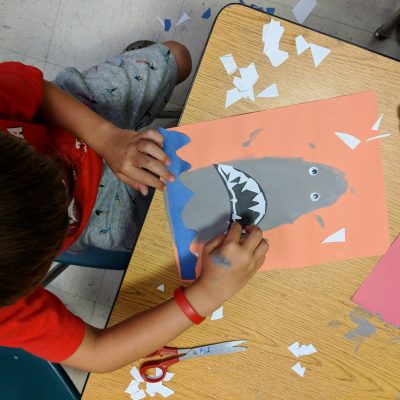 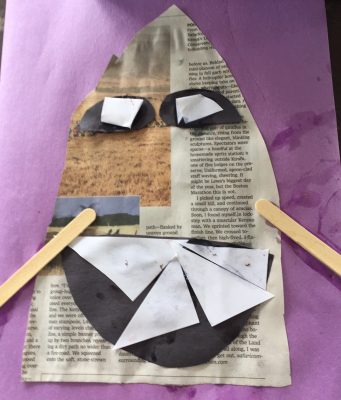 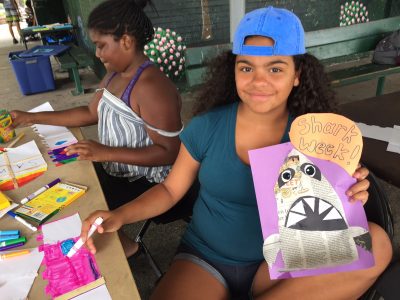 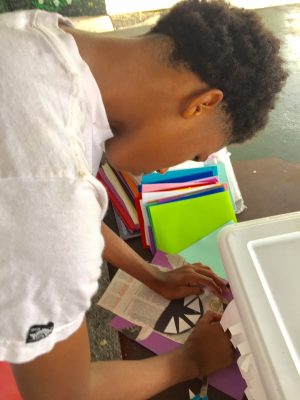