This week at Nelson Playground our (48) students and Dendy Recreation Center (26) students got to touch real bones for the first time. It was super exciting and motivational! Students held found wolf, coyote, bear, deer, javelina (similar to wild boar), bison, beaver, porcupine, horse, owl, pelican and more donated to ASI to teach students about wildlife and how humans can have a more positive impact on nature.

We played a guessing game asking questions to help students figure out which animal the bone belonged to and which bone it was based on inferences that use logic, observations, reasoning and their accumulated knowledge. They identified the parts of their own body to make comparisons to the size and shape of animals from skull and eye sockets, to jaw, pelvic, femur and rib. Students also learned to identify the names of bones of the human skeleton. Each bone became a mystery and the students had lots of fun puzzling the riddles.

From the bones, teeth and antlers, students were asked what can we learn about these animals. Students learned how to identify a Doe versus a Buck or Fawn, the season the deer died, how deserts preserve bones (dry heat and sun) and humans clean bones (bleach), and why naturalists study bones, scat and tracks to learn about the diets and health of animals to protect species. Students learned new vocabulary and then after discussing diets of each animal identified whether they were herbivores, carnivores or omnivores and much more.

Our students were then introduced to the bios and pictures of 20 Famous African-American environmental activists and naturalists we discussed how they are making the world a better place and how we can too by learning more about what they have done. We set up long term display inside Dendy Recreation Center for students and the community to read more about these African American Heroes. Students made 3-D paper bears, posed with their favorite activist for photos and were very reflective as none were familiar with any of these great leaders or their efforts. Students learned about new areas of study, with several wanting to be scientists, naturalists, activists, veterinarians and doctors. We will be adding student artwork related to animals, insect and plant life each week as part of this installation. This program was made possible by the generosity of the Clif Bar Family Foundation and the Pennsylvania Abolition Society. 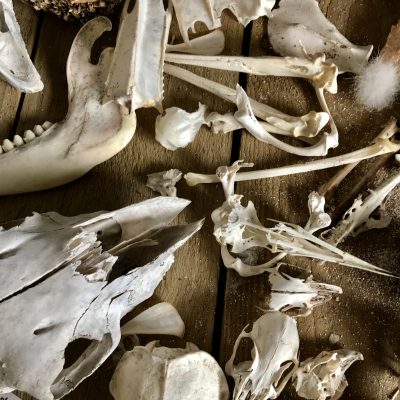