A fable is a short story (often including animals) that tells a moral. Fables are fictitious, which means they aren’t true.

Aesop’s fables are a collection of over 700 fables that were written thousands of years ago in ancient Greece. They were written by a slave named Aesop and were originally passed by storytelling from person to person before they were finally written down.

The fables were originally meant for adults to discuss religion, politics, and social themes. They were adapted into many different works of art such as sculptures and paintings. While the fables have been retold and reinterpreted many times since they were created by Aesop, their morals remain the same.

The handouts below tell two of Aesop’s short stories and their morals can be found on the left side of the picture. Read the stories and color the pictures yourself! On the Tortoise and the Hare handout, draw your own tortoise and hare or another pair of animals who you think would have a fun race! 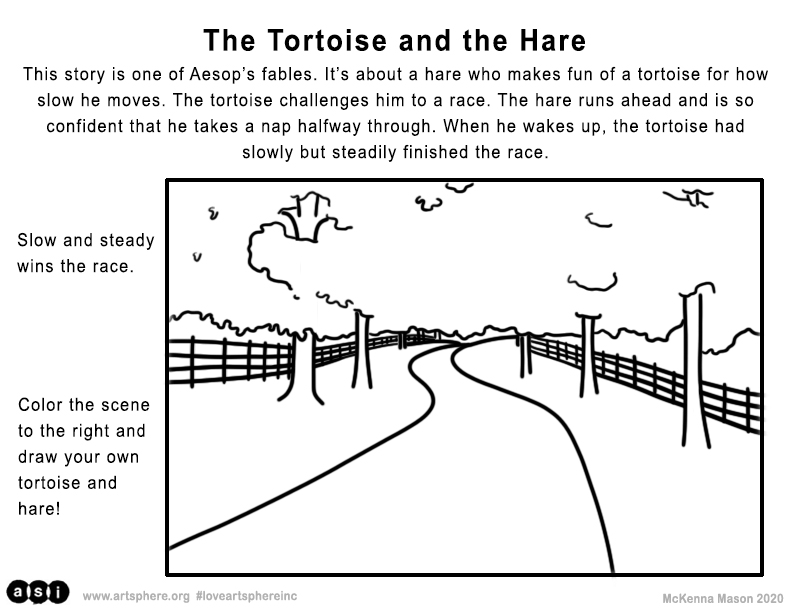 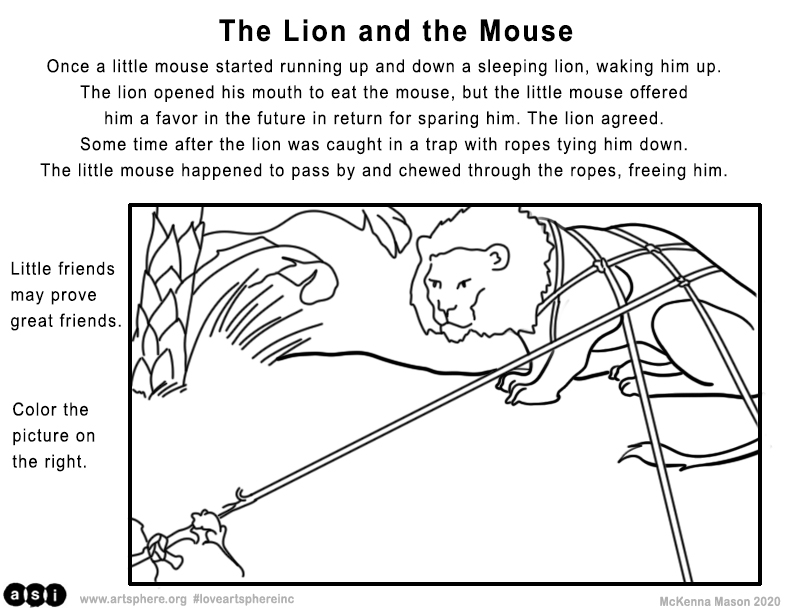